The positive days are starting to return for MK Dons 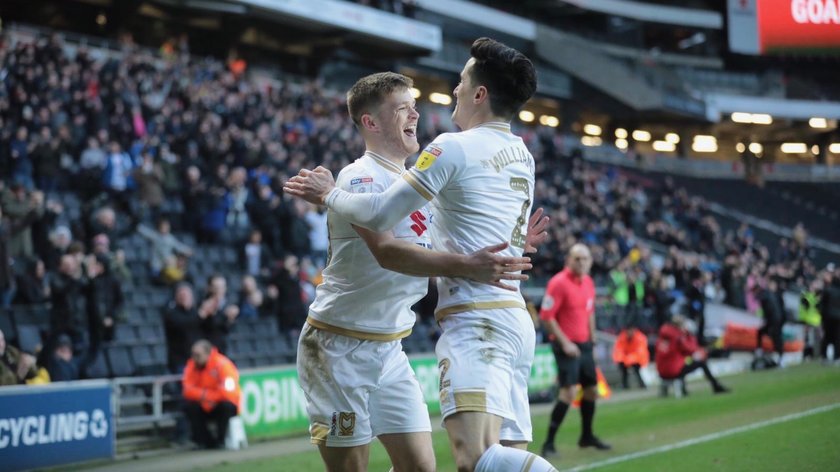 ​​​​​​​With back-to-back wins at Stadium MK in less than a week, the positive days are beginning to return for MK Dons.

Things were looking particularly bleak for the Dons in early November, the team had just parted ways with manager Paul Tisdale after a run of nine games that saw the Milton Keynes club earn just a single point.

Russell Martin was appointed with the daunting task of helping the club turn things around, deciding to hang up his boots and focus purely on his new role, a sign of dedication to the job that may be one of the many factors helping the Dons in their recent string of positive results.

After the dark days of November, where Martin’s first two matches in charge also saw the losses pile up, the Dons are now back on track and creating space between them and the relegation zone.

This past week’s wins over Rochdale (2-1) and Wycombe Wanderers (2-0) at Stadium MK sees the Dons hold an impressive record of five wins, two draws and just three losses in their past ten games.

Considering Martin started with two losses and a draw, the team is finally starting to show what they are capable of in Sky Bet League One.

The determination to battle until the very end and secure victory after being a goal down against Rochdale shows the energy and effort the team is capable of putting in, claiming points that just a few months ago would not have been achievable.

Injuries played a significant part of the Dons’ miseries earlier in the season, with the team struggling to have their best two strikers, Rhys Healey and Joe Mason, fit enough at any given time.

Healey, arguably the Dons’ marquee signing in the summer, is now back playing regularly and now leads the team with seven goals in just 13 league appearances, adding a further two assists. Mason meanwhile has three goals in 11 appearances after missing the first 16 of the season through injury.

Martin’s January signings have already started to have a positive impact on the team, with Ben Gladwin’s stunning solo effort rewarding his persistence after a torrid couple of years with injury.

Carlton Morris already has two goals in just five appearances after joining the Dons on loan from Norwich while Louis Thompson is giving the manager some selection headaches in midfield.

There is still a lot of work to be done this season to ensure MK Dons remain in the third tier next season, but the foundation appears to now be in place and positive times are certainly starting to return at Stadium MK.