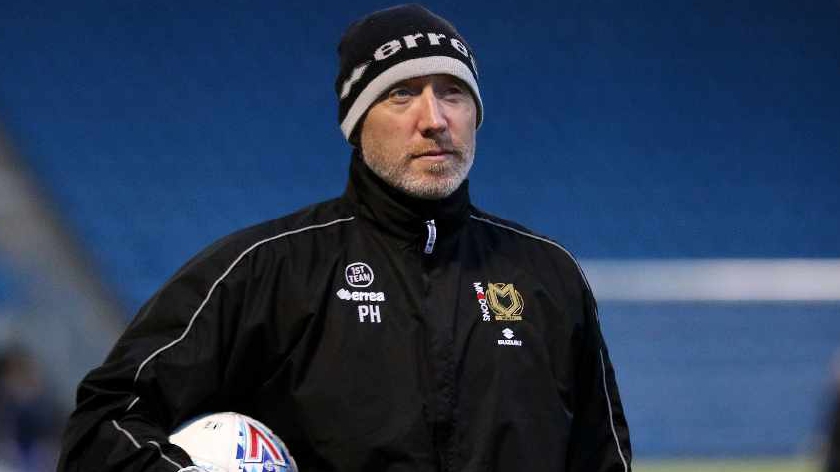 Heald has been the club’s goalkeeping coach since retiring as a player, where he spent nine years with the original Wimbledon FC before the team relocating to Milton Keynes.

The 49-year-old has been there for all of the highs and lows of the club.

He saw the team win League Two and the then-named Johnstone’s Paint Trophy under Paul Ince in 2008, earn promotion to the Championship under Karl Robinson’s stewardship in 2015 and witnessed the subsequent relegations that see the team start the 2018/19 season in the fourth tier.

Mel Gwinnett, who joined the club alongside manager Paul Tisdale, will take charge of the team’s goalkeepers moving forward.

He told mkdons.com: “I have loved every minute of my time with the Club. There were opportunities for me to stay but after 14 years - and many more with Wimbledon - it is time for me to take on a new challenge.”

“MK Dons will always hold a special place in my heart. I have met and worked with some terrific people during my time here and have made friends for life.”

“On the pitch, achieving two promotions and winning at Wembley are some of the moments I will never forget.”

“I worked closely alongside Mel Gwinnett for the last five weeks and with his vast knowledge and experience, I know the goalkeepers are going to be in excellent hands.”

“I wish him, Paul Tisdale, Matt Oakley, and all the first-team staff and players the very best for the forthcoming season and beyond - I am confident they will bring success back to MK Dons.”

“I would finally like to thank the Chairman. He, along with Stuart Murdoch, gave me the opportunity to work at this fantastic Club for 14 years.”

He concluded: “While it is sad that I won’t be helping him take the Club to where it belongs, it is nice to be able to leave on good terms and I will be cheering the team on as a supporter moving forwards - I certainly won’t be a stranger to Stadium MK.”

Pete Winkelman told mkdons.com: “I would like to take this opportunity to publically thank Paul for his outstanding hard work and dedication over the last 14 years.”

“It is unusual for somebody to be at a Football Club for as long as Paul has, which is a testament to him as an individual.”

"His key contribution was to the goalkeeping department, working and developing a number of our well-loved goalkeepers such as Willy Gueret, David Martin and Lee Nicholls.”

“He was always keen to help out in many other areas of the Club as well, such was his passion for all things MK Dons.”

He concluded: “It is sad to see him leave today but we wish him all the best in the future. He will always be welcomed back to Stadium MK.”