MK Dons back in automatic promotion places with Yeovil victory 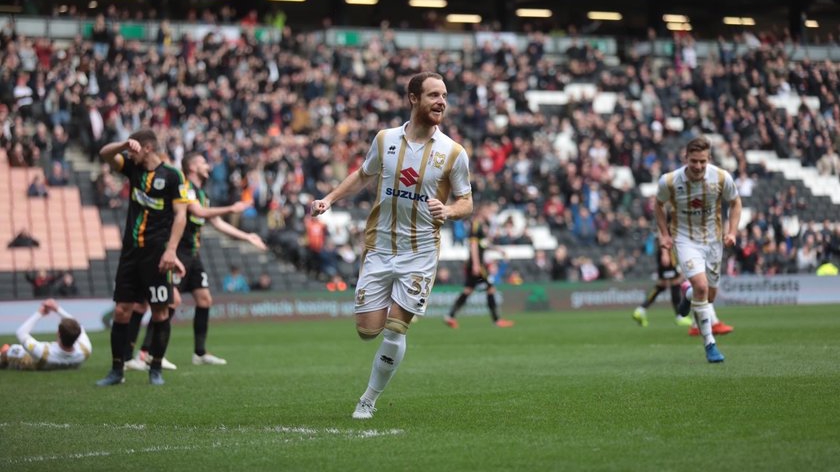 ​​​​​​​Milton Keynes Dons jumped back into the automatic promotion places after a 2-0 victory against Yeovil Town at Stadium MK.

Goals from Ryan Harley and Chuks Aneke secured all three points for the home side, their first victory since March 9th.

With Mansfield Town losing 2-1 to Crewe Alexandra, the Dons leapfrog them in the standings and now have a three-point cushion and a better goal difference.

The Dons threatened from the very first minute, with Kieran Agard managing to a shot, albeit a tame one, before a Joe Walsh cross was intercepted before it could reach Agard shortly after.

A Dean Lewington free kick led to the Dons’ opening goal, with the ball rolling out to Harley on the edge of the box – with his strong, well-placed shot flying into the bottom corner.

Unfortunately for the Dons, immediately after the goal, Alex Gilbey needed to be substituted – having received a couple of hard knocks earlier in the game.

Despite losing their influential midfielder, the Dons looked to have been buoyed by their opening goal – feeling confident enough to take shots from range, though all were dealt with sufficiently by the visitors.

The two teams entered the break with the score remaining at 1-0, with the Dons bringing on Aneke in place of David Wheeler.

It was Aneke that extended the lead for the Dons with a superb solo effort, seeing the big striker dribble the ball past a number of Yeovil players before slotting the ball home.

Paul Tisdale’s team needed to weather the storm somewhat after scoring their second, with the Glovers having a number of threatening chances.

Nothing broke through, however, and the Dons picked up their 20th victory of the season – jumping back into the top three – just two points behind Bury in second, though the Shakers do have a game in hand.

With seven games remaining this season, picking up victories such as this will greatly help the Dons’ hopes of securing automatic promotion – with the final match of the season coming against Mansfield at Stadium MK.