MK Dons unlucky to not claim points from Sunderland 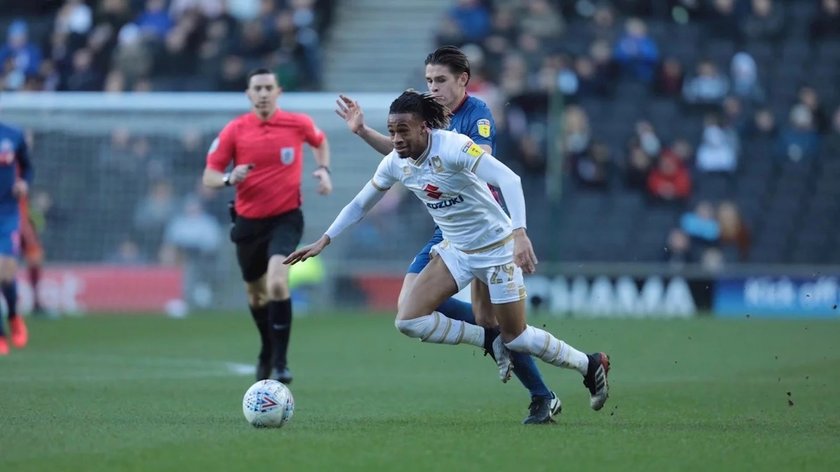 A late goal saw MK Dons suffer a 1-0 loss at home to Sunderland and the team were unlucky not to earn more from the match.

The Dons looked to be on to a winner with their strong showing in the first half, but it was the visitors that took control in the second and were rewarded for their efforts.

Russell Martin had originally named an unchanged squad for this home tie but was forced into a change that saw Alex Gilbey miss out, being replaced by David Kasumu.

Baily Cargill filled the vacant spot on the bench as a result and was joined by the Dons' latest signing, Louis Thompson.

The Black Cats started brightly with Chris Maguire having a long-range effort after just seven minutes, but it was the Dons had had the majority of chances before the end of the half.

Around 23 minutes into the match, Carlton Morris picked out Rhys Healey who was able to break into the Sunderland box, only to see his shot deflected beyond the post. Healey had another effort at the half-hour mark, but couldn't get the ball through a crowd of Sunderland players.

The second half began with both sides level and it took Sunderland just five minutes to threaten to take the lead, with Lynden Gooch and Charlie Wyke both seeing shots blocked on the goal line, by Callum Brittain and George Williams respectively.

After the hour mark, Healey had the most threatening shot of the game for the Dons, seeing goalkeeper Jon McLaughlin forced into a save from a curling shot.

It wasn't until the 79th minute that the deadlock was broken, with Gooch's 25-yard strike flying beyond the reach of goalkeeper Lee Nicholls and giving the visitors a 1-0 lead that they would not relinquish.

The Dons continued to try to push forward in the final ten minutes but it wasn't enough and Russell Martin's men will feel somewhat hard done by in this one.

MK Dons have now dropped back down to 20th in the Sky Bet League One table, currently sitting three points above the Tranmere Rovers in the relegation zone.

Speaking after the match, Dons manager Russell Martin commented: "I thought first half we were excellent, I thought we controlled the game."

"Credit to them [Sunderland], second half they came out and did a much better job."

"I didn't like the second half, if I'm honest, I thought we lacked a bit of structure and I think anxiety crept into our game a little bit."

He added: "A draw probably would've been a fair result today and we haven't got it."