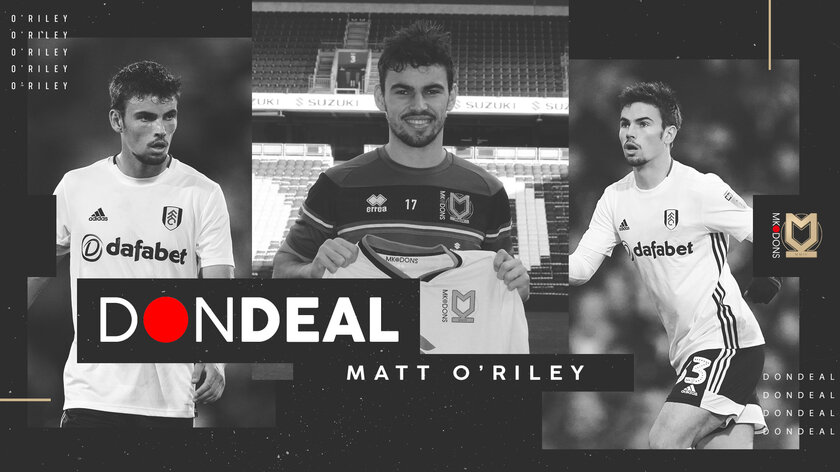 The 20-year-old joins the Dons after a spell without a club, having left Premier League side Fulham, whom he had progressed through the youth ranks with, prior to the start of the season.

Since rejecting a contract from the Cottagers, the Londoner has been training with Russell Martin's side and has impressed enough to earn himself a permanent deal.

As he is under the age of 24, Fulham were due compensation, which the two clubs have agreed upon.

O'Riley, who primarily fits in as a central midfielder, has played numerous times for Fulham's youth teams and even made five appearances for the first-team, once in the Championship and five times in the League Cup.

Now, he will have a chance to gain regular first-team minutes with the Dons and provides some added depth to the team.

Speaking of his signing with the Dons, O'Riley said: "I’ve been here training with the boys for six months now and I’ve loved every minute."

"I initially came here just to keep fit after leaving Fulham but it felt like the perfect place for me. We looked into whether something could be done and, eventually, here we are."

"I haven’t played a game in quite a while but I have been training here for quite a while so I’m feeling sharp and ready to go. Hopefully I can get some minutes soon and start making an impact."

He concluded: "I’m very excited to get going, especially in this team. This is my ideal style of football and I hope to come in and bring goals and assists and be as creative as possible."