MK Dons snap up Ben Gladwin on a free transfer 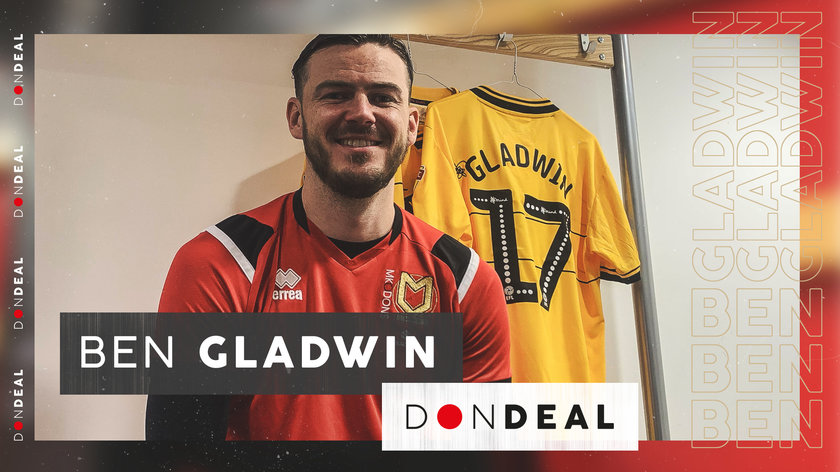 The 27-year-old Englishman has been training with the Dons for the past few weeks after leaving Championship club Blackburn Rovers and has now joined the club on a permanent basis.

The move to the Dons will be a fresh start for the Reading, Berkshire native after a torrid couple of years that has seen him spend the majority of his time in the physio room.

Prior to his move to Ewood Park, Gladwin had built up an impressive reputation in the football league, racking up 88 appearances (scoring 15 goals and 14 assists) for Swindon Town and a further 17 with Queens Park Rangers.

His most recent match experience came for Blackburn Rovers' development squad, where he featured for just over an hour in a 3-1 loss to Arsenal Under-23s back in December.

Now he has moved to MK1, the hope will be that he can provide competition in the centre of midfield, though he has plenty of experience being spread across the pitch.

Speaking of his move to the Dons, Gladwin commented: "I’m delighted to get this done, I’ve been training here for a few weeks now."

"Originally, I initially came in to stay fit but I really enjoyed it and we started talking off the back of that. I’m excited to be an MK Dons player now."

He added: "There are a great bunch of lads here, who have welcomed me into the dressing room right away. The team is looking to play football the right way and that’s something that suits me. I look forward to getting started properly."

Speaking of his latest addition, Martin commented: "He originally came in for training to keep his fitness up but he’s grabbed his opportunity."

"He’s been unfortunate with injuries recently but he looks to be in a good place and he’s shown us the quality he possesses during training. It’s a good sign when the players are coming up to me and asking when we are signing him!"

He concluded: "He’s a good character and a very good player. He’s got a number of good attributes and he also brings with him a real physical presence. We’re very pleased to have him."

Gladwin has been assigned the #17 shirt.