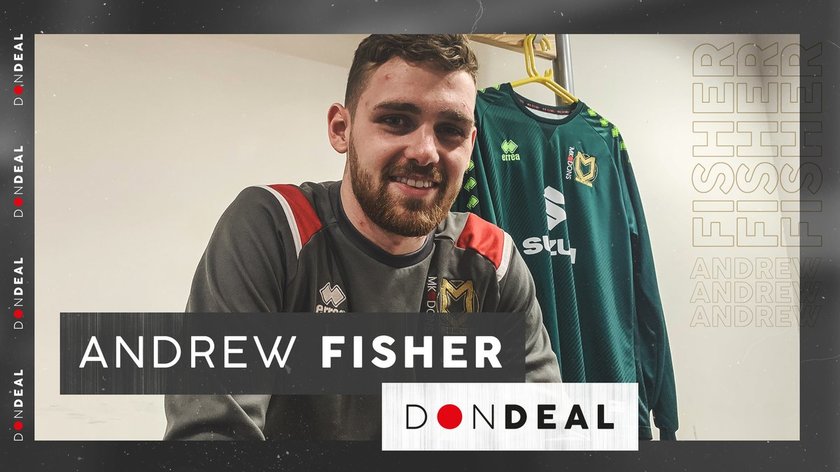 MK Dons have delved into the transfer market ahead of today's deadline, with the loan signing of young goalkeeper Andrew Fisher from Blackburn Rovers.

The 21-year-old arrives at Stadium MK after spending some time on loan at League Two side Northampton Town, where he featured three times in the Leasing.com Trophy, keeping a clean sheet in a 1-0 away victory over Cambridge United.

Fisher now joins a goalkeeping group that includes starter Lee Nicholls and Stuart Moore, with the long time Blackburn youth product likely pushing the latter for a backup role during the final stage of the 2019/20 campaign.

Speaking after his arrival, Fisher commented: "I’m delighted, this is a massive club and with the way the manager wants to play, it’s something I really want to buy into."

"I’d say my strengths are my shot-stopping and my distribution. I’m comfortable with the ball at my feet, playing out from the back, and I know that suits the way the team wants to play."

He added: “The goalkeepers that are here are really talented. It’s my job to come in and push them, and do what I can to help the team for the remainder of the season.”

Commenting on his latest signing, manager Russell Martin said: "We went through a list of goalkeepers at the start of the month and he was the one that we identified and wanted. We’ve thought off a lot of competition to get him."

"He comes in with really good pedigree. Everyone I’ve spoken to about him, speaks really highly of him. I think he’s a good addition and he certainly strengthens our squad. He’ll be good competition for Lee and our goalkeepers here."

Goalkeeper Coach Dean Thornton added: "Andrew is someone I've known about for a while. I have a good working relationship with Blackburn Rovers' goalkeeper coach and he holds him in high regard."

"He's a modern-day goalkeeper, who has command of his box, is a good shot-stopper but is also good with his feet. He fits in with our style of play and he will provide really good competition for Lee."