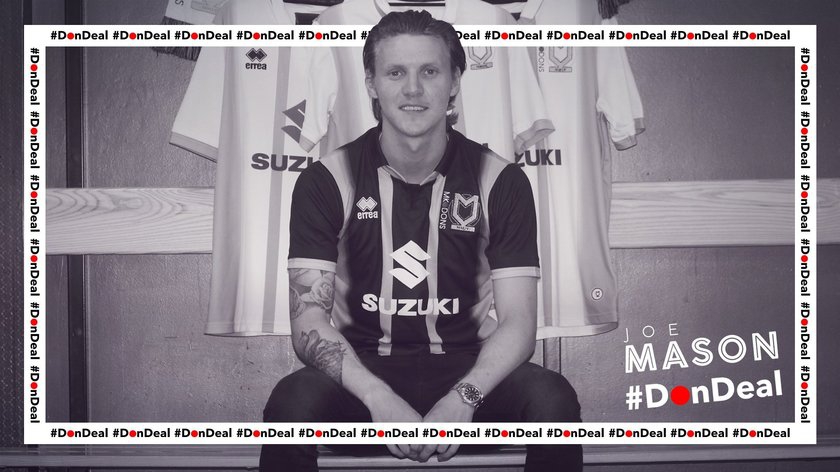 Milton Keynes Dons continue building for the 2018/19 season with the signing of experienced striker Joe Mason.

The 28-year-old striker joins the Dons on a free transfer after spending the past three-and-a-half seasons with Wolverhampton Wanderers.

With Wolves moving up into the Premier League, Mason found himself surplus to requirements and has been allowed to move to Milton Keynes after the expiry of his deal with the club - whom he originally joined back in January 2016.

The former Republic of Ireland youth international, with caps at every level from U18 to U21, brings with him a wealth of experience playing in the Championship.

Since initially progressing through the youth setup at Plymouth Argyle, Mason has made 185 appearances in the English second tier, with 42 goals at that level, playing for teams such as Cardiff City, Bolton Wanderers and Burton Albion along with Wolves and Plymouth.

With both Kieran Agard and Chuks Aneke currently out of contract, though with new contract offers on the table, the Dons were thin at the striker position and Mason, who had a brief spell in the MLS with the Colorado Rapids, gives his new team an experienced option that should perform well in League One.

Speaking to iFollow MK Dons, Mason commented on signing with the Milton Keynes club, stating: "I’m over the moon to finally get this move done."

"This is a Club that has a lot of ambition. They are moving in the right direction and the facilities are so impressive."

He added: "The main thing for me, though, was the manager. I’ve heard a lot of good things about Tis and after I met him, it was a no brainer for me."

"He talked about the game really well and spoke highly of me and how I would fit into his team. With the vision he has and how he wants to play, I think I’ll fit in really well. I’m looking forward to working under him."

Manager Paul Tisdale has now added three new players to his team, with the earlier arrivals of Hiram Boateng and Brennan Dickenson and more signings are expected to arrive ahead of the 2019/20 campaign.