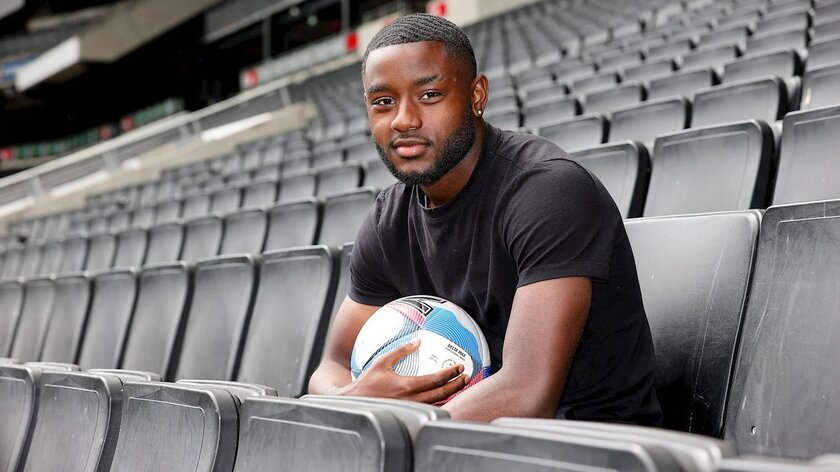 Milton Keynes Dons have today announced the signing of Matt Dennis on a permanent deal.

The Dons' summer rebuilding is now underway, with the team seeing at least 11 players depart Stadium MK - five of which were loan signings returning to their parent clubs.

Now, the Dons have brought in promising young forward Matt Dennis from Norwich City for an undisclosed fee after he had a bright spell on loan with National League side Southend United last season.

In 27 league matches, the 20-year-old, who plays predominantly out on the right side of the pitch or up front, netted seven goals for the Shrimpers as they finished 13th.

He has had plenty of success at youth level, starting his career with Arsenal before his move to the Carrow Road club - going on to be the club's top scorer at youth level during the 2020/21 campaign.

Now, he moves into the Football League for the first time in his career and continues the Dons' trend of signing young players with plenty of potential.

Speaking of joining the Dons, Dennis commented: "I can’t wait to get started, I’ve spoken to the manager and he told me this is an opportunity for me."

"I’ll be looking to learn as much as I can from him and the other players here. I am a fast, powerful forward who likes to get in behind, create chances and hopefully score some goals."

Sporting Director Liam Sweeting added: "We are delighted to welcome Matt to the club as our first signing of the summer window.

"His athleticism, directness and quality on loan at Southend alerted many clubs and I’m delighted he and his family have chosen MK Dons as the best fit for him to develop further."

He concluded: "Matt joins a young dressing room within a culture of development, opportunity and ambition and l look forward to seeing him play for MK Dons very soon."

Head Coach Liam Manning also commented: "Matt is a player with great potential, who has excellent physical attributes and also some exciting technical qualities, which you can see from some of the goals he has scored."

"This move presents a real opportunity for him to make the step up to League One level after a promising season in the National League, and we are very much looking forward to working with him, starting this summer."