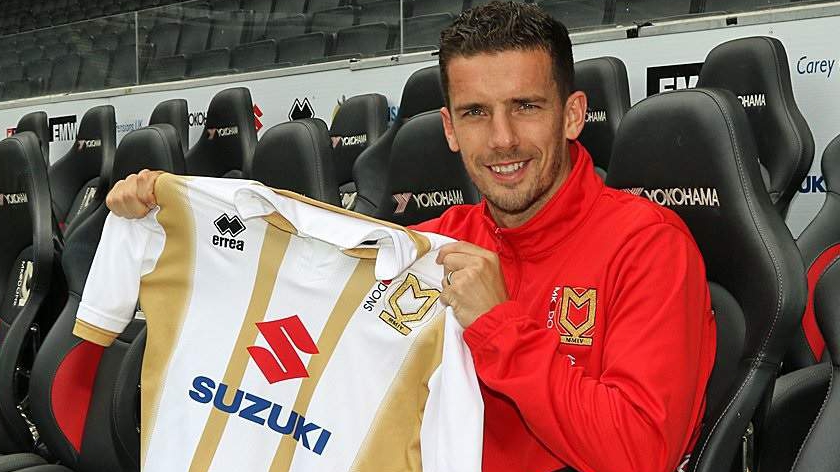 Mathieu Baudry has joined MK Dons on a free transfer, becoming Paul Tisdale’s eighth signing since taking over as the club's manager this summer.

The 30-year-old French centre-back joins the club after spending the past two seasons with Doncaster Rovers, having left the club back in June.

Speaking to iFollow MK Dons, Baudry commented: “I’m delighted to be here, I’m really looking forward to the season - it’s going to be tough but exciting.”

“This is an ambitious club and Stadium MK is a place you always want to come and play at. This club has always been known for playing an attractive brand of football too so I’m looking forward to being a part of it.”

Baudry brings with him a wealth of experience playing in the lower tiers of the Football League, having had spells between 2010 and 2016 with Bournemouth, Dagenham & Redbridge and Leyton Orient before he joined Doncaster.

He was a part of the Doncaster side that won promotion from League Two at the end of the 2016/17 season and will now be hoping to replicate that success with Tisdale’s MK Dons team.

He has over 200 league appearances in England alone and gives the Dons another strong defensive player with Joe Walsh and Jordan Moore-Taylor already on the club’s books.

Speaking of his new signing, Paul Tisdale said: “Mathieu is a player who will add experience to our backline.

“He’s captained in Sky Bet League One before and he’s been a consistent performer over the last seven or eight years.”

“He is also a right-sided centre-back so will bring some balance to what we’ve already got here. I’m very much optimistic about his contribution.”

“The defence is an area I have really wanted to strengthen. The games have already demonstrated to me that our backline could be a real strength for us, especially with the way we want to play. I wanted to strengthen that further with some depth and experience.”