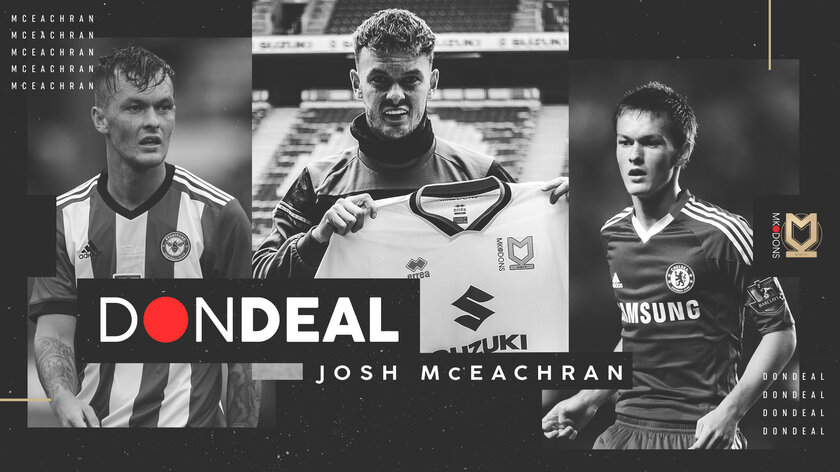 The 28-year-old former England Under-21 international has spent the majority of his career playing in the Championship after progressing through the youth team setup at Premier League club Chelsea.

After making 11 first-team appearances in the English top tier, McEachran had loan spells with the likes of Swansea City, Middlesbrough and even Dutch Eredivisie club Vitesse before a permanent move to Brentford.

After 101 total appearances for the West London club, McEachran joined Birmingham City, but struggled with a number of disappointing injuries that limited him to just ten total matches in England's second-largest city.

Now returning to fitness, McEachran has joined Russell Martin's team as they look to secure a solid mid-table finish this season, with David Kasumu's injury continuing to keep him out of contention.

Speaking of his signing, the midfielder commented: "I’m thankful for the opportunity that the gaffer has given me and I just can’t wait to get started."

"I came here to keep fit but everyone has been fantastic with me. The way the Gaffer wants to play is suited to me. I like to get on the ball as much as possible and dictate play so it felt like a perfect fit."

"I have been out for a little while now but this is the fittest and strongest I’ve felt for a long time. Hopefully I can get back to playing regular football and help the team out."

Dons boss Martin also commented: "Josh is an incredibly gifted player, with an outstanding passing range, and someone who is very suited to how we play."

"He gives us another strong option in midfield which will be important during a hectic period. It will allow us to mix things up and means we will be able to adapt to different games and play a few different ways."

"This is an exciting one of for us. He is a player who is entering into the peak of his career and can still be anything he wants to be. He’s worked really hard to get into good shape and who knows where it will lead for us and him."