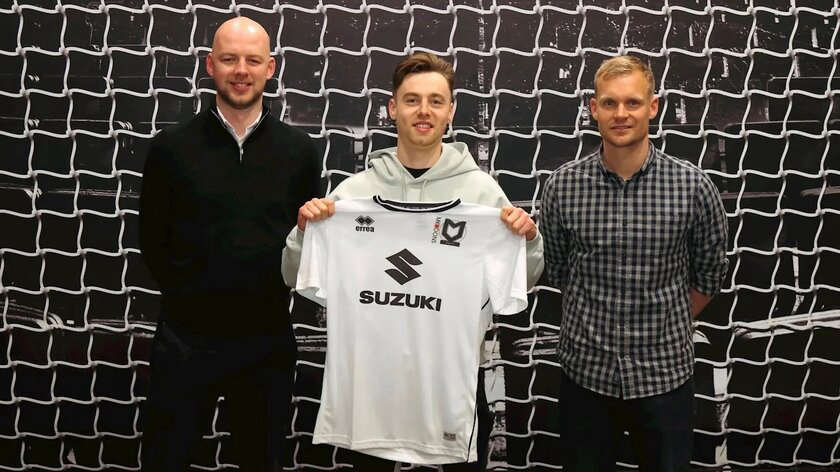 The 23-year-old Kemp joins the Dons with 70 professional appearances to his name with League One and League Two clubs Stevenage, Blackpool and Orient - where he has scored nine goals and provided ten assists.

A product of Chelsea before moving to West Ham United, Kemp has been capped at Under-19 and Under-20 level for England and is capable of playing virtually anywhere in midfield - though he is most often utilised as a winger or in a central attacking position.

He will be familiar with Dons head coach Liam Manning, who worked at West Ham during his time at the Premier League club.

Speaking of his arrival at Stadium MK, Kemp commented: "I’m absolutely delighted to get the deal over the line. I’m grateful for this opportunity and I can’t wait to get going."

"I know the Gaffer really well and hopefully there are some good times to come working with him. We’ve had some chats about the Club and what he wants from me – I am ready to do what it takes to help him and the team."

"This is clearly an ambitious and exciting young squad and the Club is clearly heading in the right direction - it’s something I’m looking forward to being a part of."

Sporting Director Liam Sweeting said: "Dan is someone Liam and I have discussed throughout January and I am delighted that we were able to get a deal over the line to bring him to Stadium MK on Deadline Day."

"Dan has fantastic technical ability, shows a real understanding of our style of football and is versatile to fit a number of positions. He is also a top professional and his character will fit into our group straight away."

"He joins us permanently to both make an impact now and develop further over the future."

Head Coach Liam Manning added: "Dan is a player I have worked with before and I am looking forward to the opportunity to continue with his development."

"He is a great character fit and also adds real quality in the attacking third of the pitch – he is an exciting addition to the squad for now and in future."