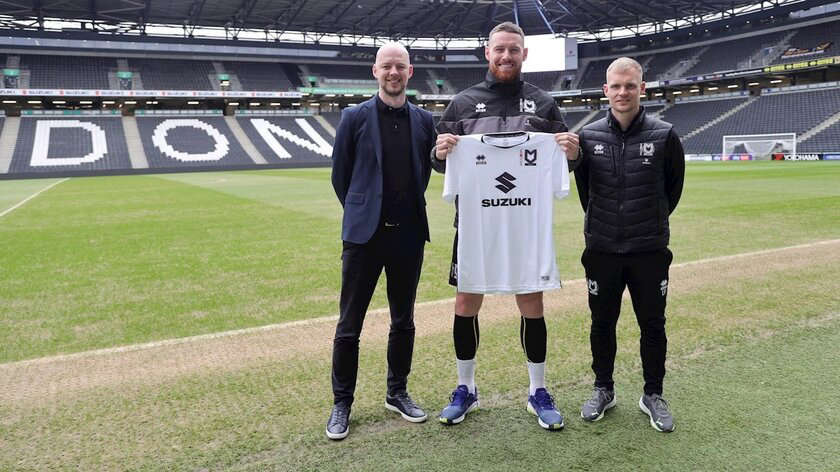 Milton Keynes Dons have announced the signing of forward Connor Wickham on a free transfer until the end of the season.

The 28-year-old Hereford born forward joins the Dons after spending the first portion of the 2021/22 season with Championship club Preston North End, where he has featured in two games.

Wickham moves to Stadium MK with a wealth of experience in both the Championship and Premier League, having played for the likes of Sunderland, Crystal Palace and Sheffield Wednesday and scoring 59 goals across 260 professional games.

The former England Under-21 international has been training with Liam Manning's side for the past two weeks and has agreed to join on a short-term deal until the end of the season.

With the Dons losing Max Watters back to Cardiff City, and Theo Corbeanu being utilised primarily in a wide or supporting forward role, the Dons still needed some attacking depth and Wickham certainly fits the bill.

Speaking of joining the Dons, Wickham commented: "This is a great opportunity for me and one I couldn’t say no to."

"Me and the Gaffer go way back – he was one of my first coaches – and I have a few other connections here but, ultimately, this a chance for me to join a great club with huge potential and hopefully I can become a good addition to our push in the second half of the season."

"There is a great dressing room here and the manager has a good idea for where he wants to go with this team. I want to be a part of that journey and hopefully there’s an exciting few months to come for all of us."

Sporting Director Liam Sweeting said: "Connor is somebody I know personally from my time at Crystal Palace while he worked under Liam Manning during his Academy days at Ipswich Town."

"We invited him to train with us following his departure from Preston North End and he has since expressed a real desire to sign on here at MK Dons and contribute towards our goals in the second half of this season."

"He certainly provides us with a different option in attack while his experience from playing, and scoring, at the highest level will certainly be of benefit to us in the important few months ahead."

Head Coach Liam Manning added: "Connor is a player I have coached previously and I am looking forward to working with him again here at MK Dons."

"I can’t speak highly enough of his character, first and foremost, while he has also proven, throughout is career, what a top player he can be. He will certainly bolster our squad, on and off the pitch, for the remainder of the season."