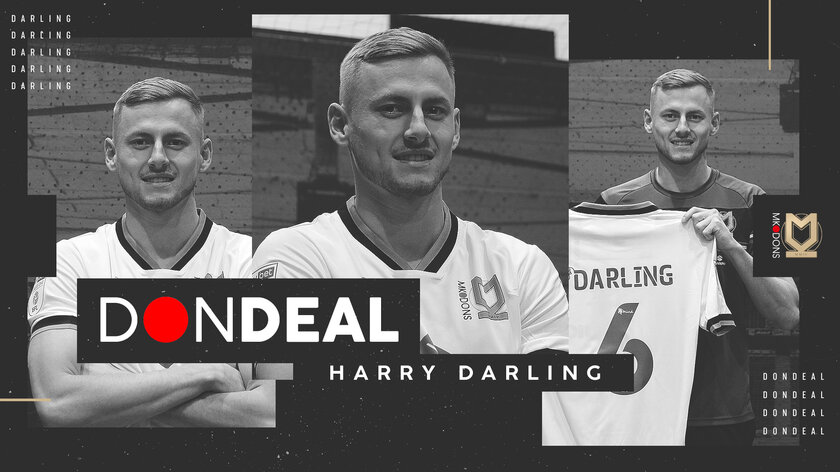 Milton Keynes Dons have today announced the signing of young centre back Harry Darling for an undisclosed fee.

The 21-year-old defender made his debut for the U's back in 2016 and has already racked up 73 professional appearances in all competitions, playing an important role for the Cambridge club, who currently sit first in the fourth tier.

Darling joins a Dons side that has seen three key departures along the backline, with Baily Cargill, Richard Keogh and George Williams all leaving Stadium MK this month.

He will now compete with the likes of Warren O'Hora, Regan Poole and Dean Lewington for playing time as the Dons boss looks to build for the future, with many of his signings younger than 22 years old.

Speaking of joining the Dons, Darling commented: "As soon as I heard about the move here I wanted to get it done." This is a great club and I’m excited to get going."

"Russ has shown full confidence in me. The way he wants to play football suits me down to the ground. I see myself as a ball-playing centre-back, but one who prides himself on keeping clean sheets too."

He added: "I’m an ambitious person and I think this Club suits me in that aspect. I just can’t wait to meet my teammates and get started."