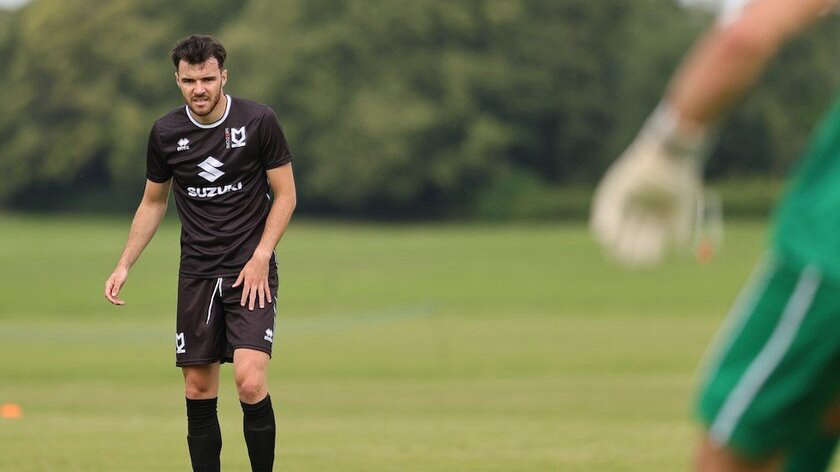 Milton Keynes Dons have today announced that midfielder Scott Fraser has been sold to Ipswich Town.

The Scottish attacking midfielder joined the Dons on a free transfer last summer and had a huge impact on Russell Martin's side throughout the 2020/21 season.

In 50 total appearances for the Milton Keynes club, the former Burton Albion man scored 14 goals (nine from the penalty spot) and added a further eight assists - being named Players' Player of the Year as a result.

Interest in his services was unsurprising, with many clubs rumoured to be keen on signing him as soon as the off-season began, and now the 26-year-old Dundee native has joined the Tractor Boys for an undisclosed fee.

Losing Fraser will be a disappointment for the Dons, but the club have been proactive in the transfer market so far and already have a ready-made replacement in Scott Twine locked up for the upcoming season.

Having Twine already signed will make the transition easier for Martin's squad and gives Twine plenty of time to step into the gap left by the departing Fraser.

Speaking of Fraser's departure, sporting director Liam Sweeting commented: "Scott was a player who did brilliantly for us after joining the Club on a free transfer last summer."

"Given how well he did, and that he was entering the final year of his contract, we anticipated lots of interest in him this window and eventually we have got to a point with Ipswich Town where a deal has been agreed that is right for MK Dons."

"This is another example of us trading successfully in a challenging transfer market and with six weeks left of the window, we remain fully focused on bringing the right calibre and character of player that can improve us for the season."