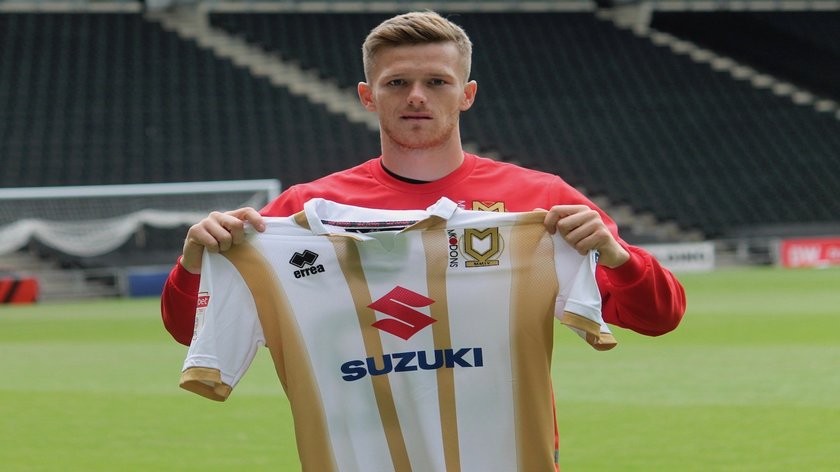 The signing of Healey comes as Chuks Aneke and Osman Sow both look set to leave the club before the end of the current loan window.

Healey, who has 19 goals in 42 starts across multiple leagues will be a part of Tisdale’s team until Sunday 6th January, being available for the Oldham Athletic fixture the day before.

The 23-year-old striker is the 11th player to arrive in Milton Keynes this summer, with Aneke and Sow both expected to depart sooner rather than later.

Healey is no stranger to loan moves, having previously spent time with the likes of Colchester United, Dundee, Newport County and most recently with Torquay United.

In eight appearances with the National League side, Healey scored six goals, also making five appearances for Cardiff City in the Championship and FA Cup.

Speaking to iFollow MKDons, Healey said: “I’m very happy to be here, it was a big decision for me to make, deciding where to play my football, but Paul Tisdale, the size of the Club, the staff and the boys here made it a no-brainer really.”

“I want to bring goals but my main priority at the moment is working hard and getting into the team – the goals will come from that I’m sure.”

Paul Tisdale, commenting on the signing, said: “Rhys is a player who I’ve looked at previously. I always thought he would suit my team well and I made enquiries about on numerous occasions over the past two or three years.”

“With his work-rate and ability, I think this is a nice fit. He is a player who is hungry to play and prove himself. We are more than happy to facilitate in that challenge for him.”

He concluded: “We need re-enforcements so we expect him to feature very quickly. We’re hoping he can settle really quickly and play his best football very soon.”