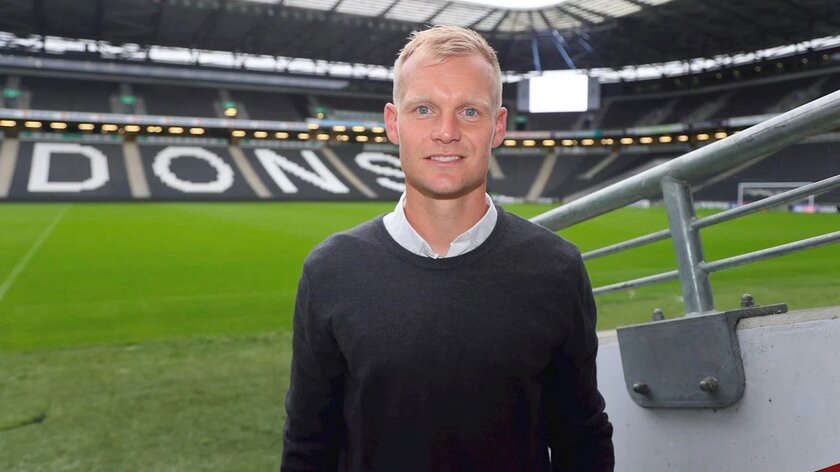 New Milton Keynes Dons head coach Liam Manning is fairly well travelled as a coach and has given an insight into how his experiences abroad have shaped him as a coach.

Most coaches at this level of the English game have spent most, if not all, of their careers working for clubs in England or perhaps north of the border in Scotland, whereas the Dons' latest hire has experience on three continents.

Manning worked his way through the academy ranks with Ipswich Town and West Ham United before taking his talents over to the United States, where he worked as academy director for New York City.

His work there saw him earn his first chance at managing at first-team level for the first time with Lommel SK, bringing him back to Europe and to the Belgian second tier - where he overhauled the club's tactical style and implement a possession/attack-mentality that guided the club to third in the league.

These experiences have helped shape Manning into the coach he is today, and he provided a bit of insight into how those experiences in America and Belgium moulded him.

He explained: "The big things I learned working abroad is understanding how you connect with people."

"Predominantly we're a lot of British players in the changing room, again they're all different personalities, different backgrounds and upbringings and going abroad and working with so many different nationalities challenges you to do that."

"How do you connect with people? How do you show empathy? Emotional intelligence is an extremely important one for me."

He continued: "They're some of the things I think going away to do that have been real key, and just my playing philosophy and methodology of how I work I think stepping out where the best part of the last twelve/thirteen, years it was eight to ten sessions a week with two games a week."

"New York and having a role of managing staff and creating a programme actually allowed me to refine my philosophy whilst still being on the grass, still being around it but not quite the same intensity."

He concluded: "Belgium, again, that intensity ramped up right through the roof again, so it was a really good opportunity to reflect and nail down the last twelve/thirteen years of my coaching - where I'm at and when I step into a role like this what I want to deliver basically."