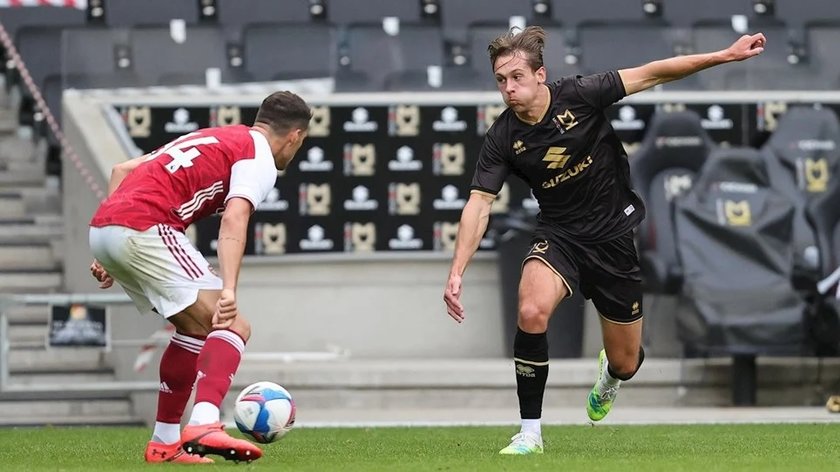 An image of Brittain at Barnsely's Oakwell stadium, donning the club's training gear and holding a shirt with his name printed on the back, surfaced recently on social media, with Barnsley confirming the deal.

Brittain, who is a Dons academy graduate, was a free agent this summer but opted to re-sign with the club back in August, leading many to believe that his future was secured and any further speculation put to bed.

Now, the 22-year-old, who has tallied 122 appearances for the Milton Keynes club, moves to a higher level - with the club reporting that Barnsley had triggered a release clause in his contract - which is said to include a set fee as well as additional performance-based sums..

The Dons do have options at the right wing back position that Brittain plays, with Regan Poole and even George Williams both more than capable of filling the void, with a number of defensive options to fit Russell Martin's back five system.

The move is certainly a surprising one for Dons fans, with the transfer window set to close officially for EFL clubs next Friday (16th October), with little indication that the former youth product, who has received five caps for England at Under-20s level, had any intentions of leaving.

With just under a week left in the market, it now remains to be seen whether or not Martin plans to bring in any more new faces, with Jerome largely believed to be the last intended signing before this move became known.