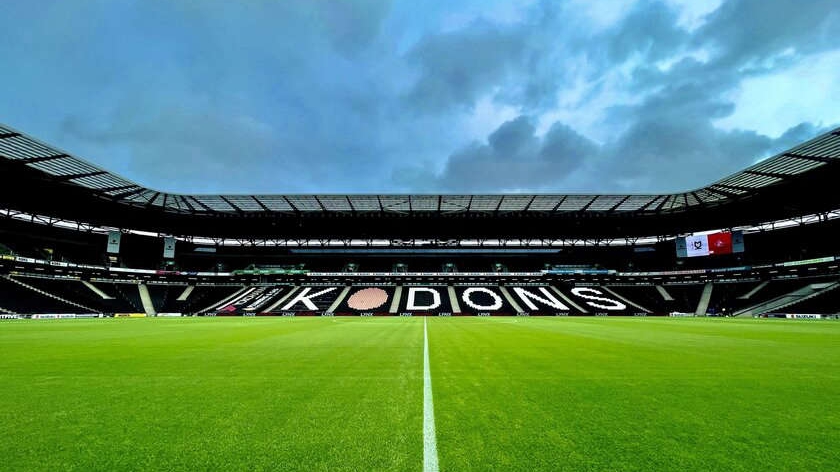 Milton Keynes Dons picked up a point in a 0-0 draw with Lincoln City in their first game at Stadium MK since the turn of the year.

The Dons began the match brightly, retaining possession well through the opening five minutes, and even threatened to put themselves ahead courtesy of Nathan Holland.

Josh McEachran sent a long ball forward, with Mo Eisa leaving it for Holland to collect just before it rolled over the line, with the winger cutting inside on his right foot and flashing a shot across the face of goal.

The visitors grew into the first half, winning a number of corners and even getting a few headers close to goal. A clearance and an offside flag kept the score tied at 0-0, as Mark Jackson's side looked for an opener of their own.

Momentum for either side was halted when Warren O'Hora suffered an injury that required some treatment on the pitch. He attempted to return to action, running back onto the pitch, but immediately pulled up and was substituted before the half-hour mark.

Neither side looked like truly scoring, however, with the two heading into the half-time break with the score remaining at 0-0.

The visitors then had a free kick four minutes into the second half, but the Dons cleared well from inside their own penalty area.

The Dons had a chance to capitalise on a loose pass as Dawson Devoy snatched the ball up in midfield and picked out Nathan Holland inside the Lincoln box. He took a shot but his effort was deflected out for a corner from closs range.

Jackson's side came agonisingly close to scoring as Eisa tried to pick out substitute Matt Dennis with a pass inside the box, but the ball bounced and missed its target, running all the way out for a Lincoln throw-in.

The Dons could have had a penalty as Eisa was shoved to the ground off the ball inside the area, with the referee waving on. They won a corner that Eisa managed to get a head to moments later, but he could not guide the ball goalwards.

With time winding down, the Dons ramped up the intensity and were working hard to force the issue.

Will Grigg had a close-range header blocked with less than 10 minutes remaining in the match, with the ball dropping to Eisa, who was able to pick out Matt Dennis inside the area. Dennis had a shot of his own but it was blocked again.

Moments later and Dennis almost sent the crowd into rapturous applause as he placed a good shot on goal, but Rushworth was able to grab the ball out of the air and keep the two sides level.

Both sides had set pieces late into added time that could have caused problems, but neither was able to break through their respective opponents' defences. A late corner from the Dons came to nothing and eventually, the referee blew the full-time whistle, with the game ending 0-0.

The result sees the Dons climb one place in the League One table, overtaking Burton Albion on goal difference, but they remain two points from safety and need to pick up more points soon to give them a real chance of avoiding relegation this season.