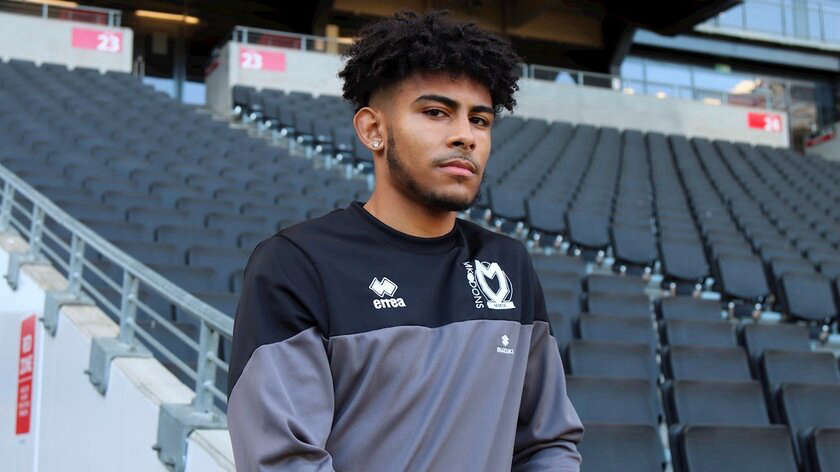 Milton Keynes Dons have landed promising Aston Villa right back Kaine Kesler Hayden on loan until the end of the season.

The 19-year-old Birmingham native joins the Dons after the departure of Peter Kioso earlier in the January transfer window left Liam Manning's side light on reinforcements at the wing back position.

The England Under-20 international will get a taste of League One football for the first time in his career after a positive first-half of the season spent with League Two outfit Swindon Town, who currently sit seventh in the standings.

While on loan with the Robins, Kesler Hayden appeared in 21 total matches across all competitions, scoring a goal and providing two assists, and the club were reportedly keen on him returning before the Premier League side opted to send him to a higher level.

Kesler Hayden will provide the Dons with competition for minutes on the right side of defence, with Tennai Watson impressing with more opportunities in the starting line-up since Kioso's return to Luton Town, and will give the Dons head coach much needed depth at an important position.

Speaking of his arrival at Stadium MK, Kesler commented: "I’m delighted to be here. It was time for me to take the next step in my development and when I heard MK Dons were interested, my head was turned."

"The style of play was a massive draw for me. I’ve been brought up on this style of football at Aston Villa so it suits me perfectly."

He added: "Hopefully I can kick on here and progress even more. We’ve got a lot to fight for this season and I want to help the Club in any way that I can."

Sporting Director Liam Sweeting said: "I am delighted to welcome another top loan addition to our squad. He is attack minded, quick, technically strong and will drive both on the inside and outside."

"Kaine is someone we have tracked for a long time following his quick progression through Aston Villa’s academy and particularly after how well he performed for Swindon in the first half of the season."

He added: "I am looking forward to watching his impact at Stadium MK and I’d like to thank Adam Henshall and Aston Villa for trusting us with the next chapter in Kaine’s development."

Head Coach Liam Manning added: "Kaine is an exciting young player who we have been following for some time. He had an excellent spell at Swindon Town earlier this season and we are looking forward to working with him between now and the end of the season."

"This is another example of a Premier League club entrusting us with the development of one of their young players. We are grateful to Aston Villa for allowing Kaine to continue his journey here at MK Dons."