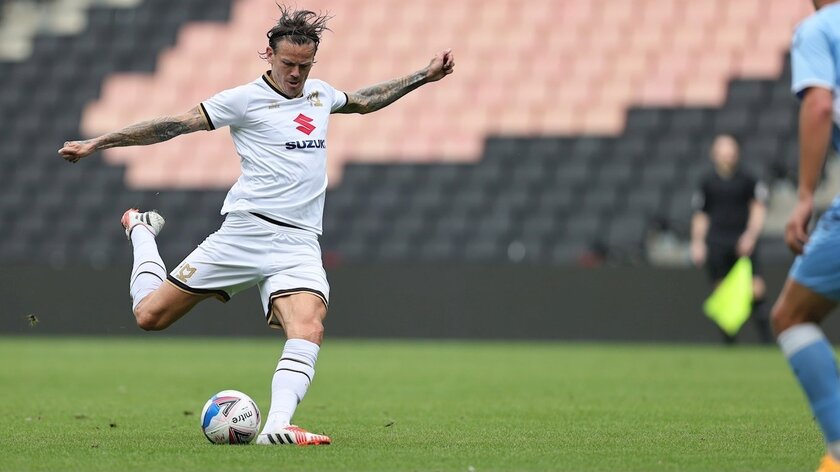 Milton Keynes Dons boss Russell Martin has provided an update on a number of injured players ahead of this Saturday's home match against Lincoln City.

The Dons have been without some key players in recent weeks, but it appears as if their recoveries are beginning to turn a corner, as some will be in contention for playing time this Saturday when the Imps travel down to Stadium MK, with some others hopefully not too far behind them.

Speaking at this morning's press conference, Martin explained: "Richard Keogh's back in training again, which is great. Not full contact yet so we're having to manage him in and out of sessions, but really good to see him back on the training pitch."

"George Williams is back training with the squad, so he just needs some minutes on the pitch."

He added: "Ben Gladwin is back training with the squad, so he'll be ready to be involved for Saturday, which is really positive news."

"Kieran [Agard] is coming on nicely, a bit quicker than expected. He's out of a brace, he's moving well and started his rehab."

"Louis Thompson is back on the grass running so he'll be another week or so and he'll be back training with the squad as well, so some really positive news this week for us as a group and as a squad."

He concluded: "Now it's just a case of making sure we keep everyone fit and managing and maintaining their fitness and making sure the lads who need a bit extra do it and the ones who are playing recover quickly enough so they keep performing."