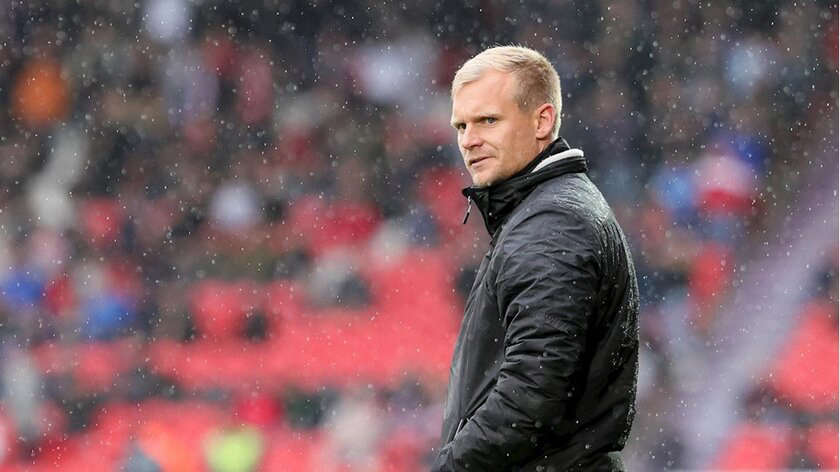 The Imps travel to Stadium MK tomorrow (5th February) and the Dons have been assessing the progress of Aden Baldwin, Josh McEachran and David Kasumu ahead of the game.

McEachran, who had been in fine form in recent weeks, suffered a knock in the Dons' 1-0 victory over Buckinghamshire rivals Wycombe Wanderers last weekend, and was substituted.

Fortunately, it appears as if the injury should not keep him out of the side for too long, with Manning providing a positive outlook on it.

Speaking at his pre-match press conference, Manning commented: "He's okay, he was sore. We've had a look at it this week, he's progressing. It's nothing too serious."

For Baldwin and Kasumu, however, their respective situations look to still be longer for the time being, with neither player available for tomorrow's home fixture.

Manning explained: "They're not available for the weekend. David is progressing really well, Aden is not out on the grass at the minute."

"We're having a look at that and seeing where that one is at, but David is progressing well, he's moving in the right direction so we're pleased with that."