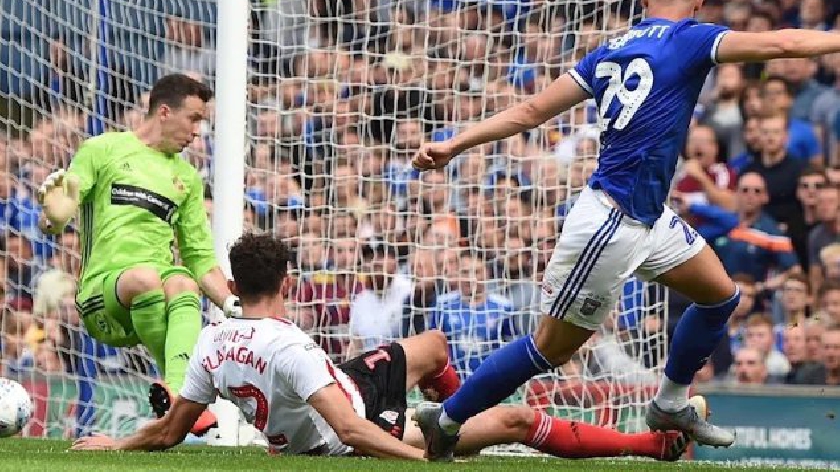 20 other sides took to the pitch for the second time this term as we look at what else happened in League 1 this weekend.

It’s Blackpool who sit top of the pile in Sky Bet League One, taking the place of their Fylde rivals, Fleetwood Town, courtesy of 3-1 away victory over Southend United.

Fleetwood Town remain with a 100 percent record, however, after coming from behind to beat AFC Wimbledon at Highbury Stadium. The Tangerines, though, occupy first place courtesy of their greater goal difference.

The other team on six points in Sky Bet League One is Lincoln City, who have enjoyed an excellent start to life back in the third tier. The Imps followed up their opening-day triumph by picking up a very impressive 2-0 victory away at Rotherham United.

Rotherham and Shrewsbury Town were the only two sides to have been beaten after opening-day success although many were held to draws.

Wycombe Wanderers played out a goalless stalemate at Bristol Rovers, as did Coventry City away at Bolton Wanderers. Rochdale and Ipswich Town, meanwhile, drew with Doncaster Rovers and Sunderland, respectively - both matches finished one-apiece.

Oxford United backed up their opening-day draw with Sunderland by beating Peterborough United 1-0 at the Kassam Stadium. Portsmouth bounced back from defeat at Shrewsbury Town to see off Tranmere Rovers 2-0.

Burton Albion beat Gillingham 2-1 in the division’s other match, coming from behind to defeat the Gills who had taken the lead through a goal from former Don Ousseynou Cisse.

Accrington Stanley and Bury had their match suspended by the EFL due to the Shakers’ on-going off-the-field issues.