MK Dons' George Williams getting closer to returning from injury 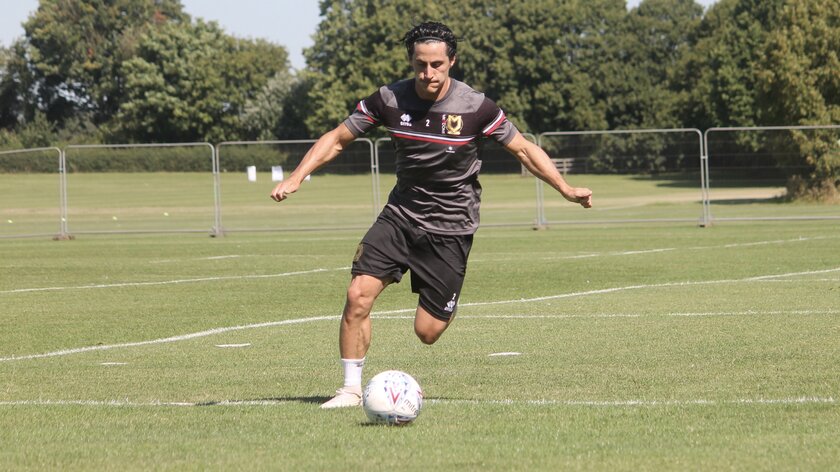 Milton Keynes Dons should see the return of George Williams to training in the near future as the defender makes progress with his recent injury.

The 27-year-old defender has been ever-present for the Dons since his return to the club, having originally progressed through the youth system before finding himself released, making 162 appearances in all competitions over the past four years.

After returning to pre-season in good shape, Williams unfortunately suffered a calf injury that has limited his action and puts his chances of playing in the opening game of the season against Coventry City in doubt.

However, he is making progress and is hopeful that he will be back training with the team and in contention for matches in the near future.

Speaking on MKFM's Breakfast Show this morning, Williams explained: "I've tweaked my soleus, which is just below the calf area, nothing too bad."

"Back on the pitch today doing some running, which was good, so hopefully I won't be out for too much longer."

"I hate being injured, I've been desperate to get out on the grass and I'm slowly starting to do that so the end is near."

He added: "I've just got to manage it right and make sure I have no more setbacks and then hopefully I'll be training with the boys in the near future."