MK Dons to face Eastleigh in the FA Cup first round 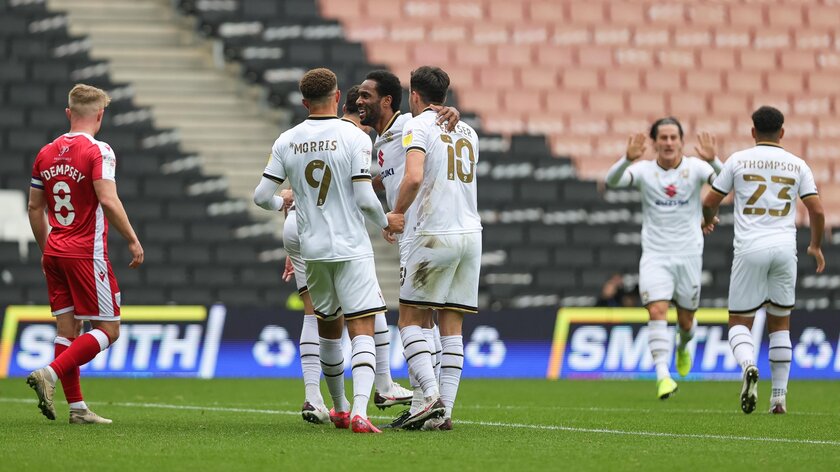 Milton Keynes Dons have been drawn away to National League club Eastleigh in the first round of the FA Cup.

The fixture, which will take place at Eastleigh's Silverlake Stadium over the weekend of Saturday 7th and Sunday 8th November, will see the Dons take on the Hampshire club for the first time in their history.

The fifth tier club currently sit eighth in the National League with two wins and two draws from their opening two matches, while the Dons find themselves struggling in 23rd in League One after just one win, two draws and five losses in their opening eight matches in the 2020/21 season.

The match will see two former players go head-to-head from the touchline as Russell Martin takes on Eastleigh boss Ben Strevens, who previously played for the likes of Barnet, Wycombe Wanderers, Brentford and Gillingham in a playing career that spanned nearly 20 years.

The tie will be a good opportunity for the Dons to progress into the next round as well as a chance for some of the team's fringe players to get minutes under their belt, with the club also able to earn some money if they can overcome their lower league opposition.