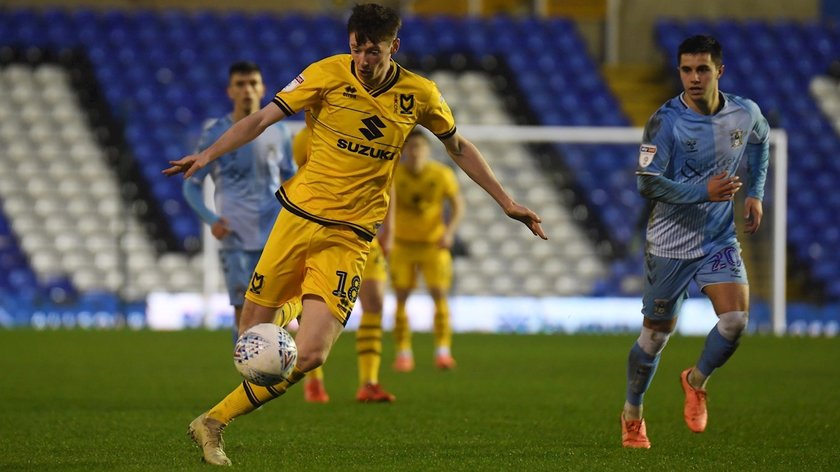 Reports have emerged that suggest Milton Keynes Dons midfielder Conor McGrandles is attracting the interests of a number of clubs.

Now that both League One and League Two have decided to curtail the season, with only playoff matches still to be played, it's understandable that reports and rumours of transfer interest will begin to emerge across the country.

In this instance, Football Insider is reporting that MK Dons' central midfielder Conor McGrandles is attracting the interests on three different clubs, with two of them coming from his native Scotland.

According to the report, fellow third-tier club Sunderland are interested in the former Falkirk and Norwich player's signature, with Scottish Premiership clubs Aberdeen and Hibernian also said to be keen on the 24-year-old.

McGrandles originally joined the Dons ahead of the 2017/18 season, with former Hearts player Robbie Neilson then-manager of the club. Since then, he has become a regular in the starting line-up for the Dons, able to play centrally or further out wide in midfield.

During the 2019/20 season, he made 38 total appearances for the Dons, with 31 coming in the league, scoring three goals and leading the team with five assists.

He was a smart ball-moving midfielder, completing 919 passes and never shied away from defensive duties, putting in 58 total tackles before the season was paused and ultimately brought to a close.

McGrandles remains under contract with the Dons, according to their recently released retained list, and could play a key role for manager Russell Martin's side next season.

But with the financial landscape of the footballing world largely altered due to the ongoing Coronavirus pandemic, a money offer may be too tempting for the Dons to refuse.

MK Dons still have midfielders Hiram Boateng, Jordan Houghton and Alex Gilbey under contract for next season, which could potentially pave the way for McGrandles' departure if a serious offer is made for the player.

Until then, he remains a Dons player and a part of Martin's plans to improve the team's results when play eventually resumes.