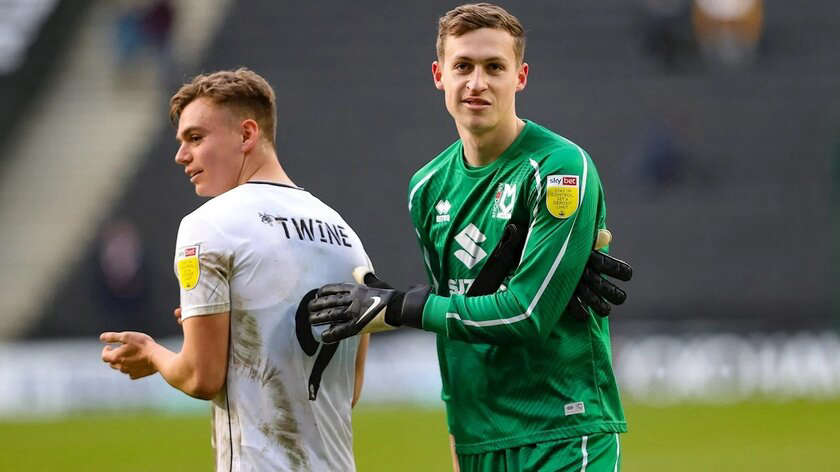 The Dons find themselves third in League One entering the month of March, tied on points with Wigan Athletic in second place, and with some of the team's best defensive efforts since 2022 began.

The year started with the disappointing departure of incumbent number one Andrew Fisher, along with third-choice Laurie Walker, and questions were immediately raised over the future for the team between the sticks.

Franco Ravizzoli stepped up to face arch-rivals AFC Wimbledon and has become something of a cult hero amongst the fanbase as a result, but the need for a legitimate first-choice keeper was clear for all to see.

Fast forward through Cumming's first ten games with the Dons, and things are looking as good as they have all season.

The solid performances from the Winchester, Hampshire native has been highlighted by a number of superb, and often very athletic, saves that have kept opponents at bay and secured the Dons 23 points in his first ten games as well as seeing them on a run of eight games unbeaten at the time of writing.

When asked about Cumming's form, and the spectacular tipped save, after the match, Manning commented: "Really good save. Jay's done really well. He's like the group in terms of really consistent emotionally, he doesn't get too high or too low."

"He's been huge for us, you see right at the end of the game coming and taking a cross off the set piece; it's one he has to keep doing, he has to keep being brave."

He concluded: "It gives such a level of confidence to the guys in front of him, so he's been really good and the challenge for any of the guys we've got is keep churning out consistent performances, which he has done so far."