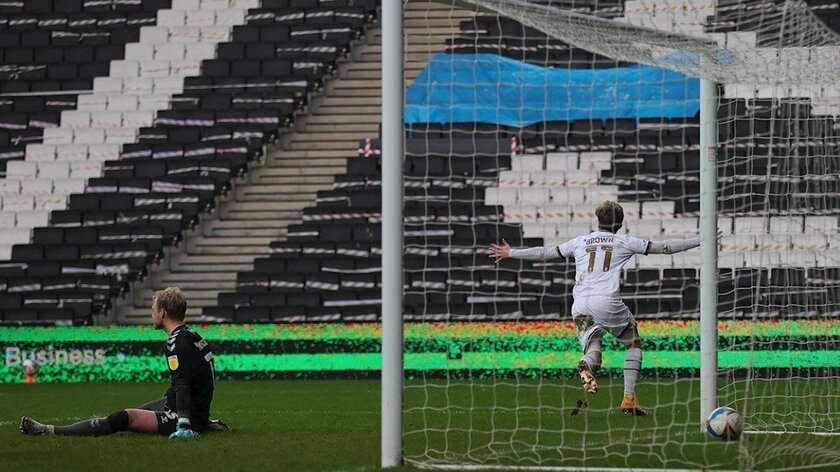 Young striker Charlie Brown has left Milton Keynes Dons to join fellow League One side Cheltenham Town on a permanent deal, for an undisclosed fee.

The 22-year-old Ipswich-born striker joined the Dons in last season’s January transfer window, moving from the academy of Premier League side Chelsea in search of regular first-team football.

Brown ended the 2020/21 season with 20 appearances in League One, scoring his first of three goals for the club in the 88th minute of a thrilling 4-3 comeback victory against Northampton Town at Stadium MK, with his remaining two coming against Shrewsbury Town and Fleetwood Town.

Since the departure of Russell Martin and his backroom staff, Brown has found his opportunities extremely limited at Stadium MK, with just 12 total appearances and no further goals to his name under Liam Manning.

The move to the Robins should allow Brown a better chance at regular minutes while the Dons look to bolster their squad in this window with the club currently sitting seventh in the League One standings.

A statement by the club reads: "The Club would like to thank Charlie for his contribution during his time as an MK Dons player and wish him every success in the future."