MK Dons set for bumper away crowd against Lincoln City 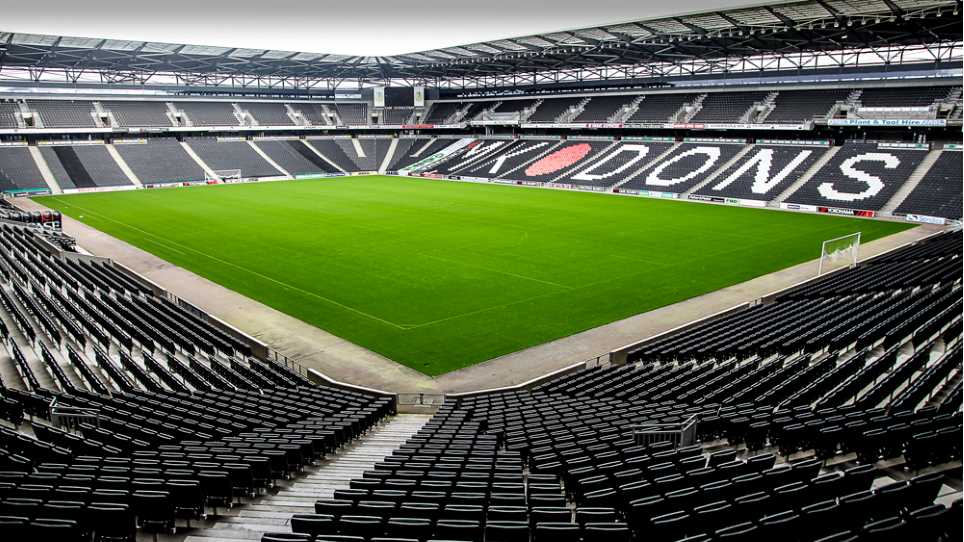 ​​​​​​​MK Dons will be bracing for a large away contingent when league-leaders Lincoln City travel to Stadium MK on Saturday 6th April.

The Imps, who have been cemented in their position at the top of the League Two table since the fifth game of the season, are set to bring the largest away crowd the Dons will have experienced this season.

Per the team’s official website, Lincoln have already sold over 4,000 tickets for the top of the table clash in just under two weeks’ time – with a campaign now targeting the 5,000 mark.

For the Dons, the crowd that Lincoln will be bringing will double the highest away crowd experienced at Stadium MK this season – with 2,186 people making the short trip down the A5 from Northampton.

The last time the Dons and Lincoln faced each other was back in September, with the home side securing a 2-1 victory thanks to a 94th minute goal from Jason Shackell.

The side from Milton Keynes had originally taken a 1-0 lead in the 64th minute thanks to then-loan signing Rhys Healey, but the league-leaders managed to overcome Paul Tisdale’s side and take home all three points.

With Lincoln holding a ten-point advantage over the third-placed Dons, it is unlikely the game between the two sides will have much of an impact on the title race – but it could have a significant impact on the Dons’ hunt for automatic promotion.

A 2-0 victory over Yeovil has seen the Dons return to the automatic promotion places and strong performances in the final seven games of the season will be needed to ensure Tisdale’s side do not slip back into the playoff places.

Regardless of the impact, the bumper crowd and quality of players on the pitch will no doubt be an exciting prospect for fans of both sides and should bring an impressive atmosphere.