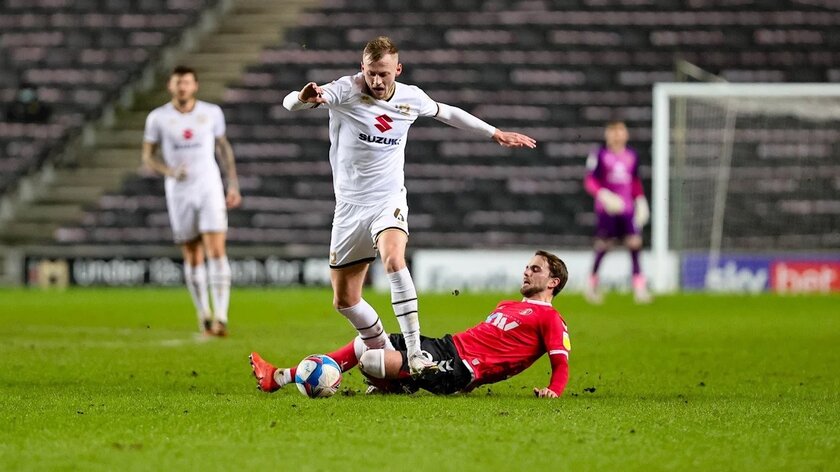 The 21-year-old centre back joined the Dons from League Two side Cambridge United for an undisclosed and went straight into the starting eleven at the first opportunity.

Sitting in the central position of the back three, with Dean Lewington and Warren O'Hora either side of him, Darling put in a solid performance and was named the Dons' man of the match for his efforts.

Per WhoScored; playing the full 90 minutes, Darling completed 90% of his passes, won two aerial duels and even contributed a shot on target as the Dons searched for a way to equalise.

His first appearance in a Dons shirt impressed his new manager, who believes he will continue to grow and play a significant role for the club moving forward.

Speaking in his post-match press conference, Martin commented: "That is such a big role for us at the middle of the back three and we knew, with the limited work we've been able to do in two days, most of it he did brilliantly."

"There's a lot of stuff a few guys could really help him with on the pitch tonight, especially the second half, but he showed real aggression, real strength, real speed."

"Defensive actions were really good, good composure on the ball and good passing, so he's going to be a very good signing."

He concluded: "In a couple of games' time, he's going to be very good for us, so I was pleased with a lot of his stuff tonight."