MK Dons getting the best of Chuks Aneke this season 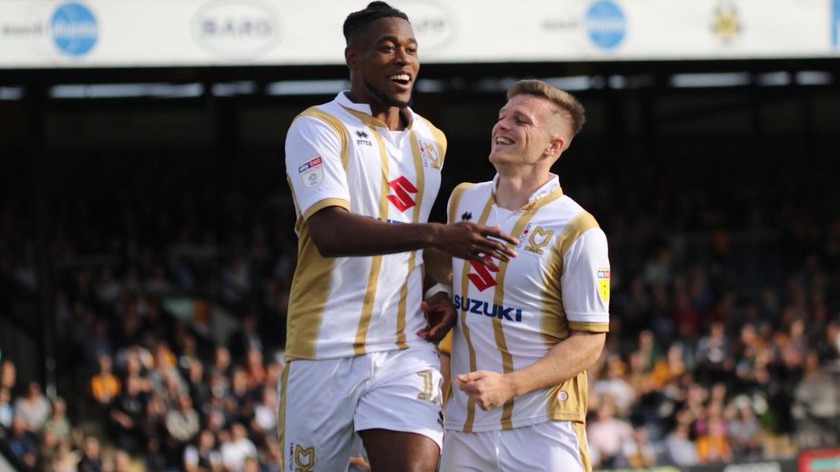 Milton Keynes Dons currently sit third in League Two on a four-game winning streak and one player’s form has been a huge contributing factor to the team’s recent success.

Chuks Aneke’s future with the team has been a matter of debate for quite some time, never more so than when it appeared that the former Arsenal youth product was set to join Bolton Wanderers earlier in the summer.

A deal failed to materialise and no other club appeared to come close to offering the big striker a deal, leaving him with the task of regaining a spot in Paul Tisdale’s team and winning over fans that had expected him to leave.

Since his return to the line-up, however, Aneke has gone above-and-beyond and now sits at the top of the team’s league goal-scoring chart with five.

The Dons have also had a strong record since his return to the team, win four wins, two draws and just the solitary loss away to Lincoln City.

The Dons are riding an impressive four-game winning streak that has seen them concede zero goals and Aneke has had a hand in the success of all of them.

Regardless of whether he scores or not, Aneke is involved in the action, often drawing multiple opposition defenders to him, freeing up space for his teammates.

In the Dons’ 1-0 home victory against Northampton Town on Saturday, the visitors’ manager had plenty of praise for him.

Speaking to the Northampton Chronicle, Keith Curle said: “He is playing well, and has had a resurgence in recent weeks.”

“He is now putting the icing on the cake and is finishing well, scoring goals, and being a threat.”

Having Aneke firing at the rate he is, with 56% of his shots on target and a 20% conversion rate, averaging a goal every 112 minutes, the Dons look primed to make a real challenge for automatic promotion this season.

The future of the big Englishman is still a question mark, but for the present, the team and the fans will be enjoying the positivity coming out of Stadium MK and the contributions that Aneke has made in recent weeks.