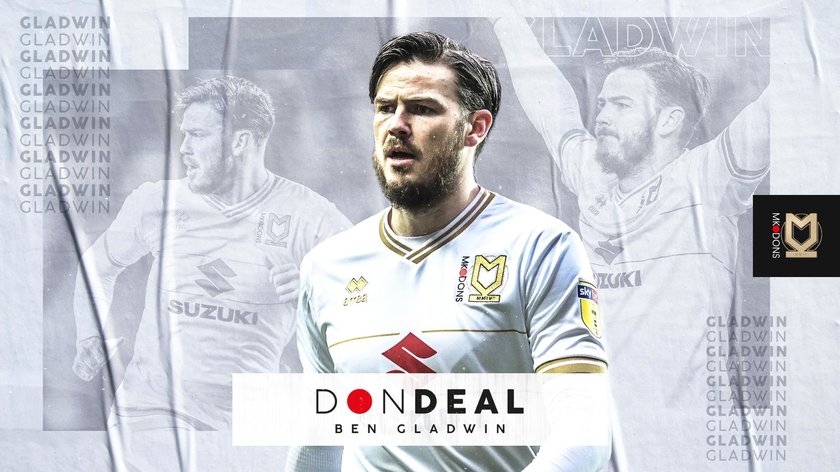 Milton Keynes Dons continued building their squad ahead of the 2020/21 season with the return of central midfielder Ben Gladwin.

The 28-year-old originally joined the Dons on a short-term deal back in January, having struggled through a torrid two years with injuries, making nine league appearances and scoring against recently promoted Wycome Wanderers before the season was paused and ultimately curtailed.

As he worked his way back to fitness, the former Blackburn Rovers man showed signs of his quality, and many fans of the club were hopeful that they would see him back at Stadium MK again.

With the departure of Conor McGrandles to Lincoln City, there was a hole in the heart of midfield for the Dons and it appears as if Gladwin will be the guy to fill it.

With a full pre-season ahead, it will be hoped that Gladwin can get himself back up to full fitness and become a key component to manager Russell Martin's squad during the 2020/21 League One campaign, likely lining up alongside Alex Gilbey and Jordan Houghton through the middle.

Speaking of his return to the club, Gladwin commented: "I’m delighted, me and Russ were in dialogue for most of the time we were away."

"I know the Football Club wanted to take some time to see where it would be at, but I only had my eyes on this while we were away."

He added: "I really enjoyed my time here last season. The Club giving me the opportunity after such a long time out was really special for me, so I’m pleased it’s sorted now and I can’t wait to get going again."

He concluded: "I know last year was mostly about staying in the division but we’ve built an identity. We’ve got a whole pre-season now to work on a number of things and I’m confident it will set us up for a positive season."