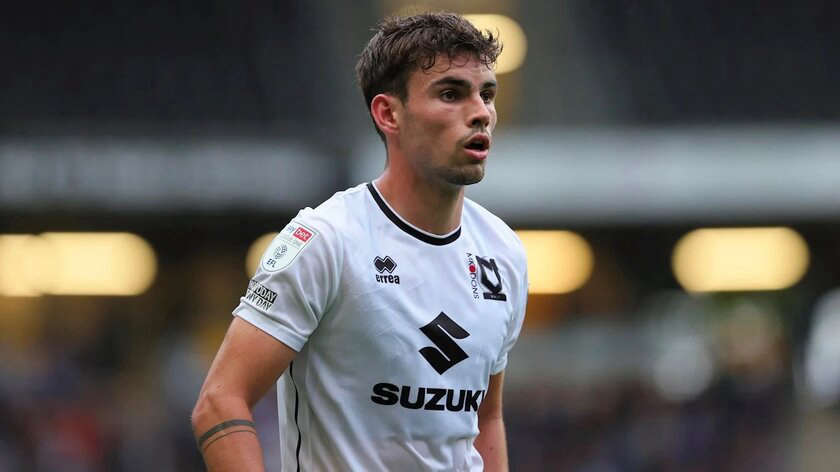 O'Riley had been the target of a number of clubs this transfer window, but it was the Scottish Premiership side who activated the release clause in the 21-year-old's contract - with many previous reports suggesting it to be in the region of £1.5 million.

The former Fulham youth product has been a key part of the Dons' first team since first arriving at Stadium MK last January, making 54 appearances in all competitions - scoring ten goals and adding a further seven assists as he established himself as arguably one of the best players in League One.

He leaves with the Dons sitting fifth in the league standings, and the financial windfall the club could receive from this deal should help them find a suitable replacement.

Speaking of O'Riley's transfer, Sporting Director Liam Sweeting commented: "It is with reluctance that we say goodbye to Matt, who has been a terrific performer for us since joining the Club last January."

"Matt took a gamble by agreeing to come to MK Dons – a move that demonstrates the bravery and character of a player who will undoubtably enjoy a long and successful career at the top."

"We have always been aware of Matt’s desire to return to a higher level which is why there was a release clause in place in the contract he signed with us – one that suited both parties in terms of the opportunity to progress and the financial reward for us, both in the short term and long term."

"That said, from the moment Matt arrived, he has been committed and dedicated to the cause and has certainly helped to leave the Club in a better place than when he arrived."

"For that, we say thank you and we wish him nothing but success moving forwards - he will always be welcomed back at Stadium MK."

Sweeting added: "As a Football Club, we believe the way we will progress is to operate a successful trading model and the story of Matt O’Riley highlights that model working at its very best."

He concluded: "We remain committed to providing Liam Manning with a squad that is capable of building on the successes of the last few months and one that can achieve our aims this season."