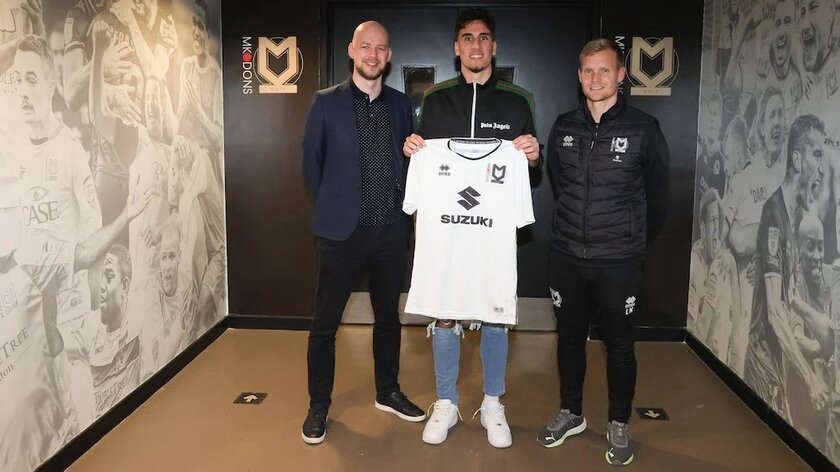 Milton Keynes Dons have officially announced the signing of forward Theo Corbeanu on loan until the end of the season.

The 19-year-old Canadian international joins the Dons on loan from Premier League club Wolves, having spent the first half of the season on loan with fellow League One club Sheffield Wednesday.

During his tenure with the Owls, Corbeanu scored twice and added a further two assists in 13 league appearances. Now, he will look to make an impact on the Dons' promotion push with the club currently seventh in the league standings.

Speaking of his arrival at the club, Corbeanu said: "I'm very excited. This is a new chapter for me and I am looking forward to getting started and kicking on here."

"When I heard that Liam Manning and MK Dons were interested in me, I was excited. I played against the team earlier this season and I knew this is a club that plays a very positive style of football and I think, at this point in time, it is the right next step for me."

"We already have a good side here already, with some really good players who are doing extremely well, and hopefully I can help out."

He added: "I will look to bring what I'm about, which is a positive style of play, always wanting to play forwards and make things happen by scoring some goals and getting assists."

Sporting Director Liam Sweeting said: "Theo is someone we’ve admired from afar this season and when the opportunity came up to sign him on loan, we moved really quickly."

"He is a really exciting player who provides us with added dynamism and gives us a threat one-v-one as well as in front of goal. I’m looking forward to watching what he will bring to us for the second half of the season."

"I’d like to thank Wolves, and Matt Jackson in particular, for their help in organising things so efficiently."

Head Coach Liam Manning added: "We were impressed by Theo when he played against us for Sheffield Wednesday earlier this season."

He concluded: "He has good physical and technical attributes and shows a real directness in attacking areas, which will give us a new dimension at the top end of the pitch. We are looking forward to working with him."