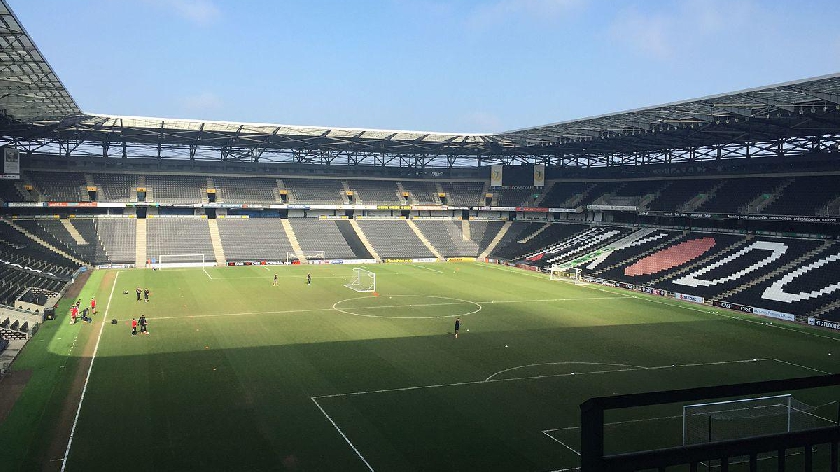 The search for Milton Keynes Dons' next manager continues into a second week and a new name has rapidly emerged as the favourite for the job.

Little has been heard since Liam Sweeting's press conference, where he spoke about the process of searching for a new manager after the sudden departure of Russell Martin to Swansea City.

Now, 35-year-old Liam Manning has rocketed to the top of the betting odds with SkyBet having him at 1/6 odds while having the likes of Stephen Bradley, John Terry and even Dean Lewington high up on their list.

Reports out of Belgium, where Manning is in charge of second tier club Lommel SK, are now suggesting that the former Norwich City and Ipswich Town youth player is negotiating with the Milton Keynes club over their vacant manager's role.

Manning has a wide range of coaching experience to his name, having worked with youth teams at Ipswich, West Ham United and even New York City - part of the City Football Group, who own a number of clubs across the world.

One such club is Lommel, who was purchased by the group last year. Manning took charge of the north-eastern Belgian club in August last year, his first full managerial opportunity, helping to guide them to third place of the Proximus League - finishing nine points outside of the qualification playoff spot.

His ties with the City Group have allowed him to bring in a number of promising Manchester City players on loan, including Ghanaian international Thomas Agyepong, Brazilian midfielder Diego Rosa and Peru Under-23 international defender Kluiverth Aguilar - links that could serve him well should he land the job with the League One club.

While reports of Manning and the Dons continue to heat up, it would be surprising to see anyone other than Dean Lewington take charge of the team in their first home league match of the season this Saturday, while Sweeting and the club continue the difficult task of bringing in the right person for the job.

UPDATE: Further reports from Belgium suggest that a deal is done between Manning and the Dons.