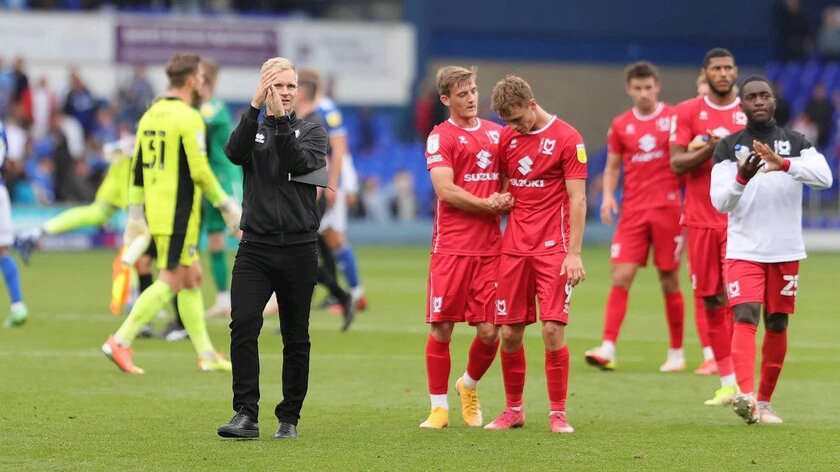 Milton Keynes Dons boss Liam Manning has said that he is hopeful of adding to his squad ahead of next week's summer transfer deadline.

The Dons have had plenty of turnover already during the summer window, with no fewer than nine brand new faces at the club, with all of them coming during Russell Martin's reign.

With Manning now at the helm, the head coach is hoping to bring in at least one more player to help compliment and bolster the strong squad he already has at his disposal.

However, the 36-year-old will only pull the trigger for the right player and is wary of making a move simply for the sake of it.

Speaking at this morning's press conference, ahead of his side's home league fixture against Accrington Stanley, Manning was asked about the prospect of doing any business before the transfer window shuts on Tuesday.

Manning answered: "Hopefully. Possibly, who knows? We're looking but, I've said it a couple of times before, it's about getting the right people."

"It's about making sure that, what happens at clubs at times is you panic and force and rush to get people in."

He continued: "I have to say, I look in-house first at what we have and I'm really pleased with the current crop, the current squad. I think we've got a real blend in terms of characters, in terms of qualities and strengths."

"I think it's making sure that if we do add to it, it is the right person, the right thing that we need."

He concluded: "I'm speaking with Liam [Sweeting] at the minute, we're looking at a couple of options and if we can pull another one off I think it will compliment the group and make sure that it enhances what we already have."