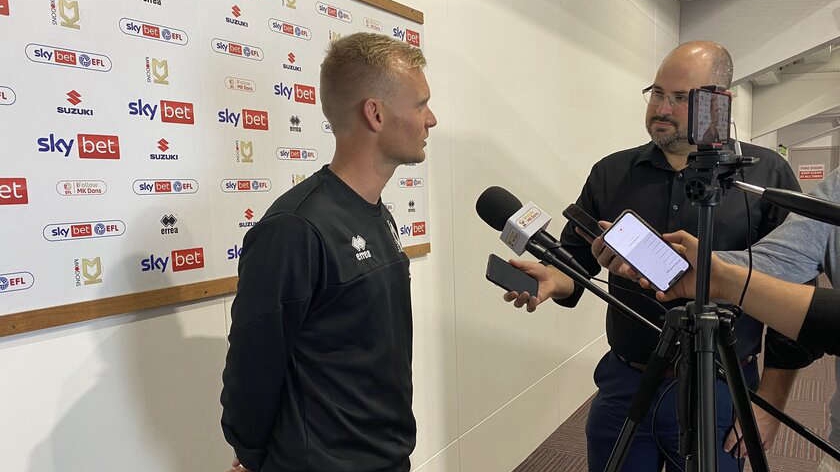 In his first press conference as head coach, Liam Manning spoke about his first few days at Milton Keynes Dons as well as what attracted him to join the club.

Manning took charge of his first match in Saturday's 2-1 home defeat to Sunderland, but he has barely walked through the door at Stadium MK - meeting his players for the first time on Friday after being announced as Russell Martin's replacement.

Manning spoke at his first press conference today and was asked about how he has found the whirlwind past few days to be.

He commented: "I've loved it, really enjoyed it. Been challenging, been difficult. I think seeing the game in my head and how I like it to be played and how it looks, and then obviously not having any time to be able to implement that and get that out there was a challenge at the weekend."

"But, I think there's so many good things here. Number one, starting with the people, how I've been received by the staff, by the players has been terrific and then the fans as well at the weekend."

"I thought it was a terrific atmosphere, the fans were great, especially second half, really got behind the team, created a lot of energy and I thought that gave the guys a lift ultimately."

He added: "Little bit of a shame we couldn't get the goal at the end, but I have to say I've really enjoyed the last few days."

Manning joined the Dons after leaving Belgian second tier side Lommel SK earlier last week, with the question of what attracted him to the job being posed.

He explained: "Numerous things, I think one; it's got an unbelievable facility, but I think most importantly I'd say would be the playing squad."

"I think, when you look at the group, the age of the players, the quality, the culture amongst the players. We showed the third goal from Bolton pre-game at the weekend, we score a goal and everybody's celebrating."

"I think that's really important for us this year being a relatively young group, having all the guys understanding that everyone has to play their part in getting the team ready for the weekend; whether you're in the squad, on the bench or not in the squad."

He concluded: "The starting line-up can only be as good as the people around it; so that was a big one, knowing that there's a really good group here and hopefully being able to have an impact on that."