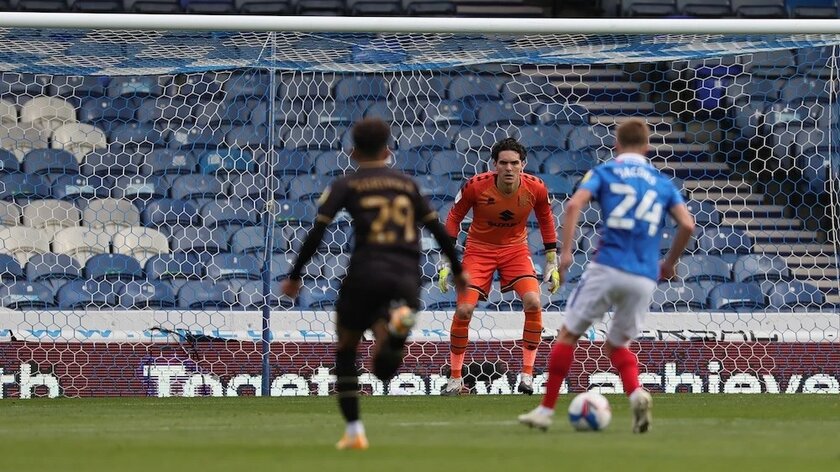 Nicholls was named among the players that the club have opted not to offer new contracts to, seeing his deal come to an end after five years in Milton Keynes.

It has now been revealed that the 28-year-old shot stopper will take his talents to Championship club Huddersfield Town on a free transfer, where he will reunite for former brief Dons teammate Richard Keogh.

After arriving at the Dons back in the summer of 2016, Nicholls would go on to replace David Martin as the team's number one between the sticks - making 157 total appearances, seeing him feature in the third-most matches in club history and help guide the club to promotion from League Two back in 2019.

Nicholls is a solid shot stopper and put in a number of memorable performances in penalty situations, and will leave the club having given fans plenty of positive memories over the years.

In the Dons' official announcement of the move, they wished Nicholls well, stating: "The Club would like to thank Lee for his contribution during his five seasons at Stadium MK and wish him every success in West Yorkshire."