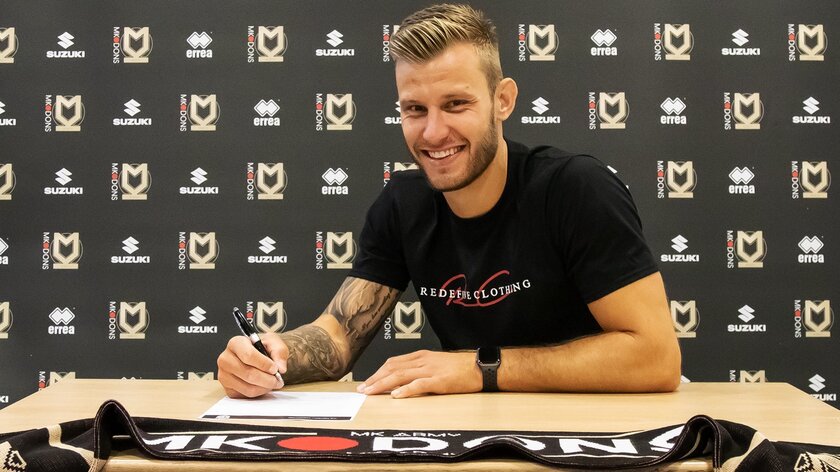 Goalkeeper Laurie Walker has signed a new contract that will see him remain a Milton Keynes Dons player next season.

31-year-old Walker is back for more with the Dons, having spent the past two seasons with the club that he started his footballing career with.

Towards the end of last season, Walker spent time as an emergency loan at League Two club Oldham Athletic, where he put in some solid performances and played 13 games in the fourth tier - earning two clean sheets in his first-ever spell in the Football League.

Prior to returning to the Dons in the 2019/20 season, Walker had played more than 350 times at non-league level and will now continue to be a valuable depth option for Russell Martin's team heading into his third year at Stadium MK.

Speaking of his return to the club, Walker said: "It’s great to sign and continue to be a part of the project that is being built here with Russell and the Chairman."

"Last season, I made my debut for MK Dons, which was something I’d been waiting a long time for, and then went out on loan to make my league debut and be able to get a number of games under my belt."

He concluded: "I’ve learnt a lot and now I can’t wait to get back for pre-season. I’m going to give everything I can to come back in the best shape possible and earn my minutes on the pitch."

Sporting Director Liam Sweeting added: "Laurie is an important member of the squad and, on the pitch, we have seen continued improvement year on year, culminating with an impressive loan spell at Oldham Athletic last season."

"Because of how well he did at Oldham, he had offers this summer to be a number one goalkeeper elsewhere but he has chosen to commit his future to MK Dons because he believes in our process and what we are trying to build."

"His job, now, is to push Andrew Fisher all the way and we believe that he will provide excellent competition for that goalkeeper position."

Goalkeeper Coach Dean Thornton also commented: "I’m delighted for Laurie. He’s worked extremely hard to get this deal and I’m excited to continue working with him."

"He’s a great professional, who works his socks off during the week to give everything for the Club. He’s been an important part of the goalkeeping department since I joined and he deserves a lot of credit for how good Lee [Nicholls] and Fish [Andrew Fisher] have been when they have played."

He concluded: "He had an opportunity to play league football last season and he performed really well. Now, he’s got to make sure he comes back for pre-season ready to challenge and push Fish and the rest of his teammates."