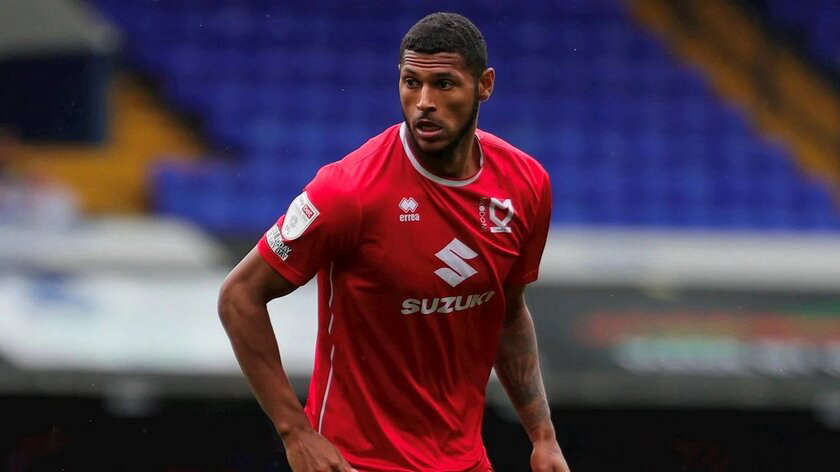 The towering 25-year-old defender originally joined the Dons under former manager Russell Martin, signing in the January 2020 transfer window, but he has found playing time difficult to come back under Manning.

After featuring 20 times under Martin, Jules played just 12 times for the Dons last season, with five of his appearances coming in the Papa John's Trophy.

As a result, he was loaned out to fellow League One club Fleetwood Town in January this year, going on to make 20 appearances for the Cods - with the majority of games seeing him play the full 90 minutes.

The former Scotland Under-21 international returned to Stadium MK for pre-season and has remained involved with the team throughout, featuring at both centre and left-back in some of the team's pre-season fixtures.

However, with the likes of Dean Lewington, Warren O'Hora and Jack Tucker ahead of him in the pecking order, it remains to be seen whether or not Jules will be a part of Manning's long-term plans for this season, with talk around his future brought up once again after it was announced he had been handed the #33 shirt after previously wearing #4 at the club.

Speaking in his pre-match press conference ahead of Saturday's trip to Cambridge United, Manning addressed the situation directly, praising Jules for his efforts this summer.

He commented: "Zak's come back and really pushed in pre-season, I have to speak well of him in terms of how he's come back."

"You'll have seen in some of the games, he's played a little at centre-half, a little at left-back."

He concluded: "He's a terrific character, he's worked really hard but again it's a case of seeing how things pan out in the future."