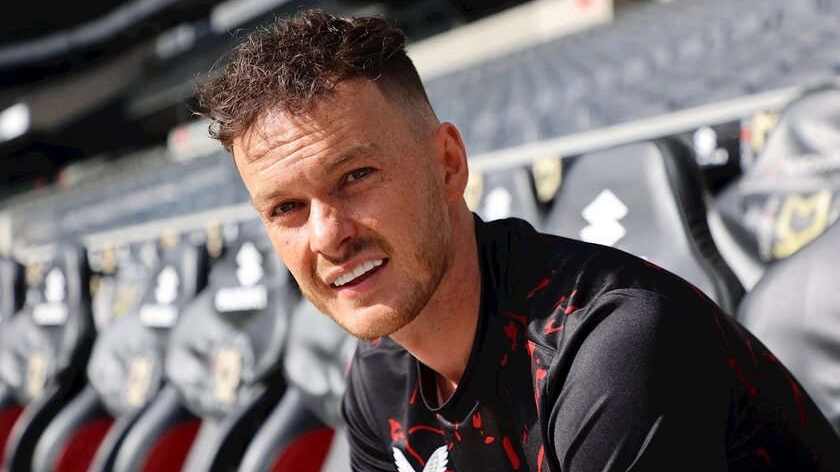 Josh McEachran has signed a new contract that sees him remain a Milton Keynes Dons player.

The experienced midfielder originally joined the Dons in March 2021 and has become an influential member of Liam Manning's side, forming a strong partnership with Conor Coventry during the second half of the 2021/22 campaign.

In total, the former Chelsea youth product has racked up 57 appearances at Stadium MK and came close to earning automatic promotion with the team last season, helping to guide the Dons to third in League One.

McEachran was out of contract this summer, but he has opted to sign a new deal and play a part in what will hopefully be another promotion chasing season in Milton Keynes.

Speaking of his decision to re-sign with the Dons, McEachran commented: "It was a no brainer for me. I am glad to get it sorted before pre-season and I am really looking forward to continuing my career here."

"We are all just looking to build on the positives of last season. Unfortunately we just missed out but we’ve still got a young and talented squad and the experiences we’ve been through will only help us out moving forwards."

He concluded: "Having a full pre-season will be massive for me as it’s something I haven’t had for a little while. It’s an exciting time of year and I’m ready and raring to go."