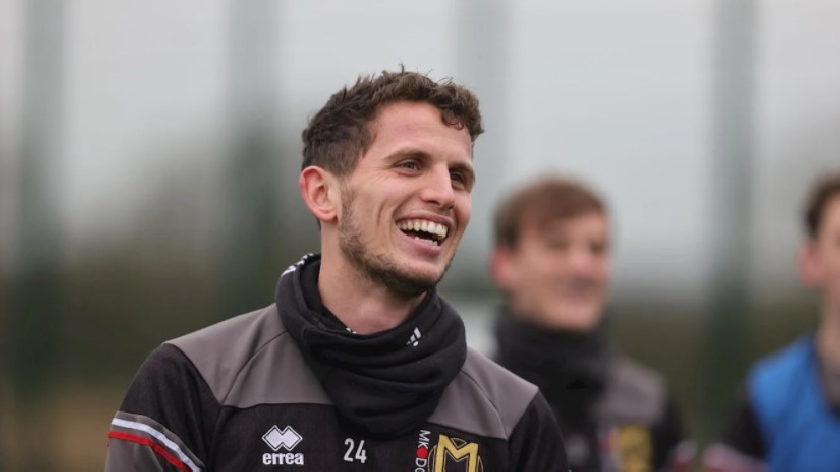 Defensive midfielder Jordan Houghton will move to League One club Plymouth Argyle when his contract with Milton Keynes Dons expires.

It was announced last month that the 25-year-old's deal, which expires at the end of the month, would not be renewed - bringing an end to a three-year relationship after his arrival from Chelsea back in 2018.

Houghton, who was named the club's Media Personality of the Year after the 2019/20 season, amassed 107 total appearances for the Dons, scoring four goals and adding a further seven assists.

During his time with the club, he played an instrumental role in guiding the team to third place in League Two in the 2018/19 season, going on to ensure the club's survival in League One during a Covid-shortened second campaign.

Injuries and other players around him earning minutes, such as David Kasumu, Louis Thompson and Josh McEachran, saw the former England Under-20 international's playing time reduced during Russell Martin's first full season in charge of the club, leaving the door open for him to seek regular first-team football elsewhere.

Houghton will now return to Home Park, where he played during a brief loan spell in 2016, and goes with the well wishes of the club, who said in the club's official statement: "The Club would like to thank Jordan for his contribution and wish him every success in Devon."