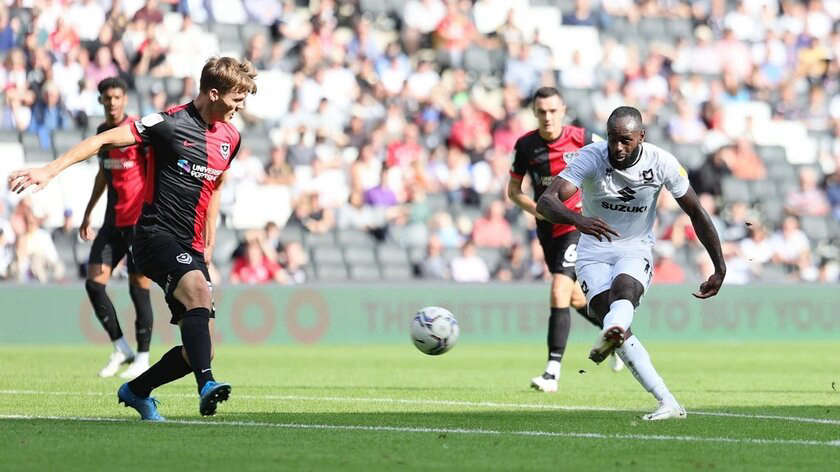 In a post on social media, Hiram Boateng appears to have announced his imminent departure from Milton Keynes Dons this summer.

The 26-year-old arrived at Stadium MK in the summer of 2019 after the Dons had earned promotion from League Two under then-manager Paul Tisdale.

Originally signed as a defensive midfielder, expected to sit in front of the defensive line, Boateng made 28 appearances across all competitions as the Dons avoided relegation thanks to the appointment of Russell Martin as manager partway through the campaign.

With Martin now at the helm through his first off-season, Boateng found himself out of favour and spent the 2020/21 season on loan with then-League Two side Cambridge United, helping guide them to a second place finish and automatic promotion.

The summer of 2021 would see the Wandsworth native's future look almost certain to be elsewhere, as he did not feature during pre-season and had not been assigned a squad number before the start of the campaign.

Martin's sudden departure opened a door for the midfielder to remain with the club, and he did so in great style.

Moved into a more advanced role, Boateng went on to make 37 appearances under Dean Lewington (in the interim) and Liam Manning this season - scoring four goals, including the team's third in his first appearance of the season against Bolton and a late equaliser against Cheltenham, as well as providing a further four assists.

His turnaround from being an outcast under Martin, to having an impact as a substitute across the season, was one of the many positive storylines throughout the 2021/22 season - with many fans appreciating what he brought to the table, along with his dedication and work ethic.

Still unable to lock down regular minutes, however, it looks as if Boateng is heading for the exit door and will be wearing different colours when he takes to the pitch in 2022/23.

Taking to Twitter, Boateng commented: "Signing out on season 21/22 and what’s been a rollercoaster of a three years with MK Dons to say the least. Gutted to have just fallen short of achieving promotion but I’ve met some great people and wish the club the best of luck in the future."