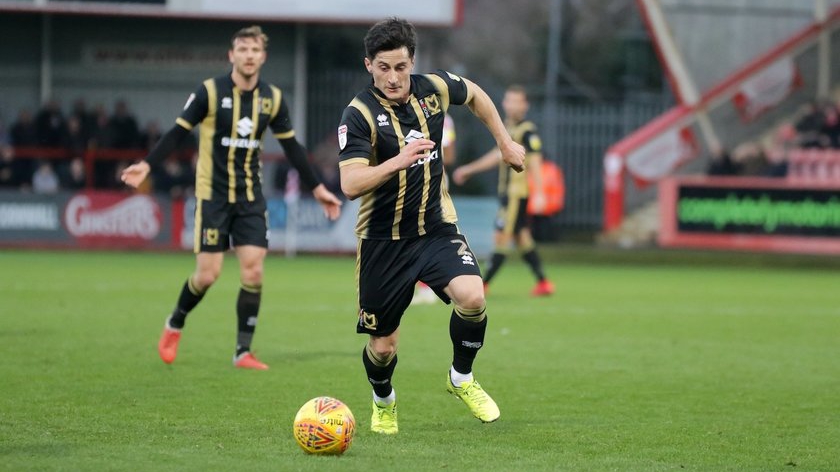 Williams had been sidelined with an injury since the Dons lost 4-3 to fellow promotion-chasers Bury back on January 12th.

His absence was noticed early on, with the Dons dropping five games in six – slipping out of the automatic promotion places by the start of February.

The veteran right-back returned to the pitch with less than ten minutes left in the Dons’ away victory, which saw them climb back into third place with Bury slipping to a 3-1 loss against Newport County.

The 26-year-old has been a key player since returning to Milton Keynes three seasons ago and had five assists in 26 league appearances this season alone.

Although he only played sparingly in the Dons’ most recent victory, it will be valuable minutes that could see him feature more in the final three games on the season.

Paul Tisdale, speaking after the game, commented on Williams’ return, saying: "We discussed him coming on late in a game, with 15 minutes to go it was a heck of a boost.”

“Having both him and Robbie Simpson back on the bench was great, they're leaders in the squad. It brought a lot to the dressing room”

With the Dons now sitting one point inside the automatic promotion places, having Williams feature at times in the final three games will be extremely valuable.

His leadership qualities and reliability on the pitch will be useful for the team, with two home games remaining in their final two weeks of the season.

The Dons take on Port Vale in the first of those two home games this Easter Monday (22nd April), with Williams potentially featuring from the bench once again.