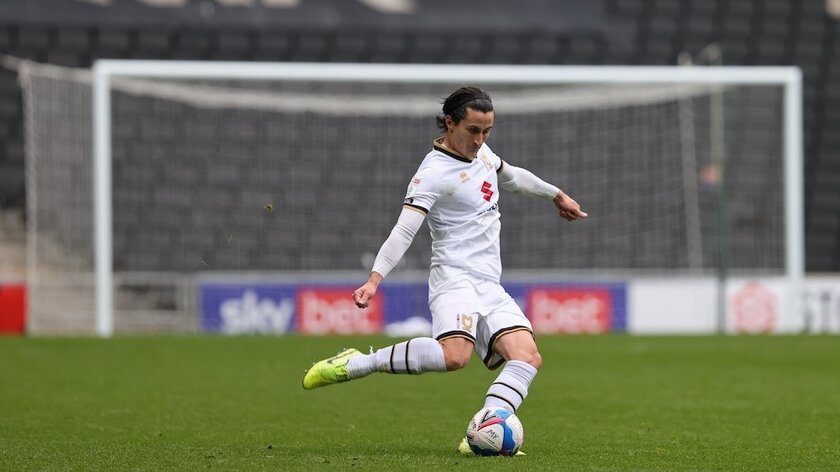 Williams, who returned to the club four-and-a-half years ago after spells with Worcester City and Barnsley, was out of contract in the summer and has opted to rejoin former Dons boss Paul Tisdale at Bristol Rovers.

The 27-year-old defender, who is most comfortable playing centrally but has also played regularly at right back, departs Stadium MK as the 11th-highest appearance maker in the club's history, with 174 matches played in all competitions.

A combination of injuries and performances of other players had seen Williams on the outside looking in with the Dons' first team, with his long-term future at the club uncertain.

Speaking of Williams' departure, manager Russell Martin commented: "George was out of contract with us in the summer and with there being no certainty on his situation moving forwards here, and having found himself out of the team, this was an opportunity for him to secure his long-term future."

He added: "He has been a terrific and loyal servant to this football club, for which we are extremely grateful, and he goes with all our best wishes for the future."