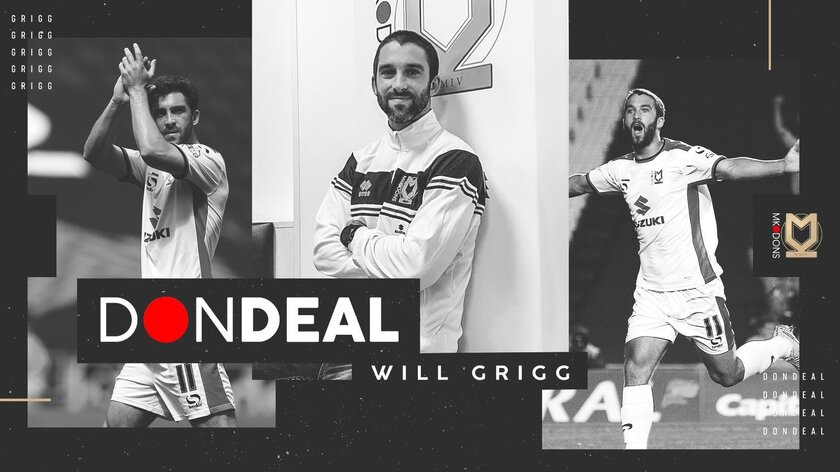 Milton Keynes Dons have signed former fan favourite striker Will Grigg on a loan deal until the end of the season.

The Northern Ireland international has been the focus on an ever changing transfer saga over the past week, but the Dons finally got it over the line before the end of the winter transfer window.

Dons fans have fond memories of Grigg from his prolific season over six years ago, when he helped guide the team into the Championship with 20 league goals.

Grigg had a spell of success with Wigan Athletic after his season at Stadium MK and became the focus of a popular crowd chant, spurring him into the international limelight as he was named to the UK nation's 23-man squad at Euro 2016, though he did not appear in any matches.

After his impressive spell with the Latics, Grigg signed for Sunderland and his transfer to the Black Cats featured in the Netflix documentary 'Sunderland 'Til I Die'.

His spell at the Stadium of Light has been difficult for the 29-year-old, who has netted just eight times in 63 total appearances for the Tyne and Wear club.

Now, he will be hoping that another spell at Stadium MK can help him recapture his best form, helping Russell Martin's club maintain their impressive run of form over the past few weeks.