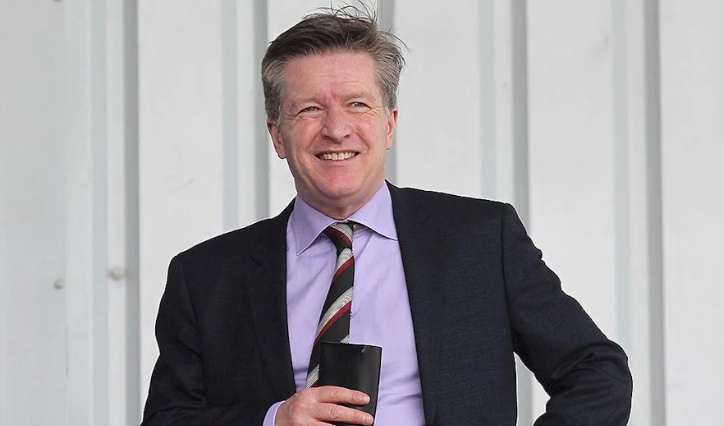 Clubs are now required to give the matter further consideration, before the EFL Board formally proposes the appropriate Regulation changes, which will then be voted on by all clubs.

Andrew Cullen told MKFM  in an exclusive interview “Our position, all along, has been that we will be consistent with what the league wants to do,”

“We will look at the three arguments – what does it mean economically for MK Dons and for the league; how does it affect the sporting integrity of the league; and, ultimately, what are the impacts on the health and welfare of our players and staff.

“[PPG] is a bone of contention, obviously, but I believe the league have been absolutely correct and clear that the PPG proposal is the right process.

"The view was that if you took weighted PPG into consideration, then why not also take into consideration the difficulty of run-in that teams have got? What then happens, is it becomes more of a forecast on what might happen, rather than what has happened.

“It was a principle I had some sympathy for originally but having thought about it more, I much prefer the PPG process.”

Cullen continued: “There will be plenty of dialogue over the next few days and I’d imagine clubs, either way, will be trying to lobby each other and that might be to a club like us, who want to understand all the concerns that teams have.

“I can completely understand why clubs feel unhappy about the prospect that season won’t continue. I empathise with them and where they are.

“They are trying to do what is the right thing for their Football Club by making the case that they should play on, and you have to ask yourself, if you were in their position, would you do the same thing? Of course you would.

“However, just as equally, there are other clubs who know that playing on could put them out of business. They too are doing absolutely the right thing for their Football Club by calling for the season to be cancelled.

"I’m sure there would be absolute outcry from their supporters and the wider footballing community, if they had to continue play on without any revenue or bank support and went under. It’s difficult to divorce yourself from either argument.

“Ultimately, our first duty is to MK Dons but we also recognise that we are members of the league and we want to see the league remain in-tact with 72 members kicking off next season.”

Cullen also confirmed that, if the decision is made for the League One campaign to continue on the pitch, MK Dons would be in a financial position to take part.

“If we have to come back, yes we can do it,” he said. “We’ve worked the financials out and we reckon it would cost us just under half a million to continue, without any revenue coming in.

“It would cost us a huge amount of money to play without crowds. It would cost us £140,000 in terms of testing which we’d be obliged to do under the Return to Training Protocol. There would also be a need to invest in additional PPE equipment, and we’d also have to bring staff off furlough who otherwise would remain on furlough.

“It would, of course, put an enormous amount of stress on the business but we could do it. We’ve received significant and welcome support from our bank, who have been absolutely fantastic.”