Exciting Buckinghamshire Derby on the cards for MK Dons this weekend 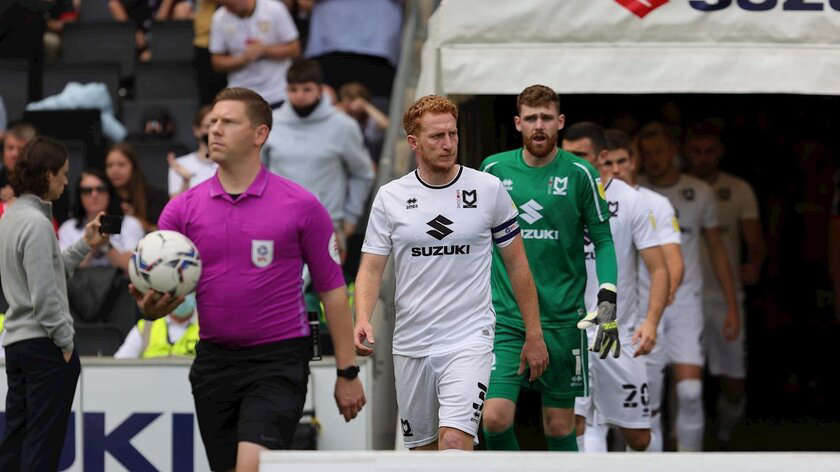 Milton Keynes Dons take on Wycombe Wanderers at Stadium MK this Saturday, in a Buckinghamshire Derby that is sure to excite.

The Dons have made an excellent start to the 2021/22 League One campaign, despite the sudden departure of then-manager Russell Martin a week prior to their opening league fixture.

Liam Manning has come in as head coach and has helped guide the team to one of the best starts in their short existence, with four wins and 15 total points helping the club climb to third in the standings - while also sporting a league-best 16 goals scored.

Dons matches have been full of excitement and entertainment this season, no matter the opponents, but Saturday's visitors to Stadium MK will prove to be a tough test for Manning's side and should be one of the most anticipated fixtures of the season.

Wycombe spent last season in the second tier for the first time in their history and were unfortunate to suffer relegation, narrowly missing out on survival by just one point thanks to Derby County's 3-3 draw with Sheffield Wednesday on the final day of the season.

Now, Gareth Ainsworth's side are looking to return to the Championship at the first time of asking and themselves have made a positive start to the new campaign - sitting just one point behind the Dons with a similar record and one fewer match having been played to date.

The Adams Park outfit boast a squad full of veteran players and one particular member will be particularly familiar for fans of the Milton Keynes club.

David Wheeler spent time on loan at Stadium MK during the club's successful promotion-clinching season in League Two back in 2018/19, and established himself as a regular feature under Ainsworth in both League One and Championship play.

The 30-year-old has found his opportunities limited so far this season, but a return to Stadium MK will always make for an interesting occasion when a former player could be involved.

Both sides will be raring to go when kick-off commences at 3pm this Saturday, and with the journey across the county taking just an hour for travelling fans, it should see an impressive crowd in attendance.

Both sides will be looking to stake a claim around the promotion places early on, and claim bragging rights within Buckinghamshire until they meet in Milton Keynes again in the Papa John's Trophy on 5th October, and again in the league on January 22nd.