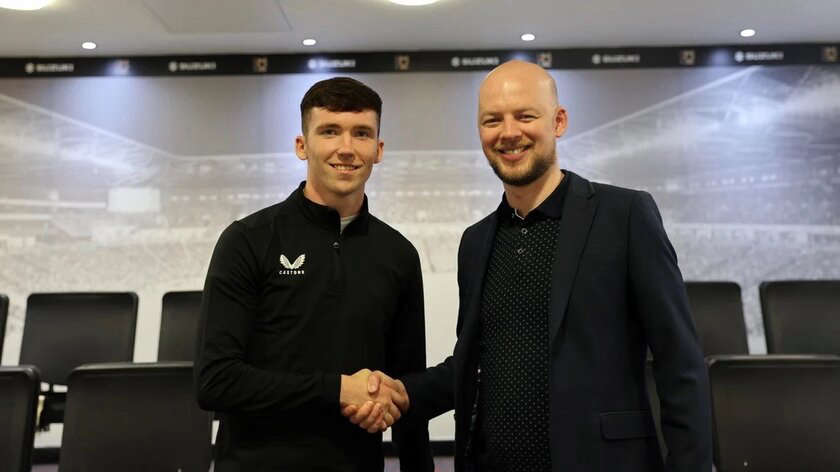 Conor Grant is the latest signing through the door for Milton Keynes Dons this summer.

The 20-year-old attacking midfielder joins the Dons for an undisclosed fee from League Two side Rochdale, on what has been described by the club as a long-term deal.

The Republic of Ireland Under-21 international began his career in his home country before joining the Sheffield Wednesday academy in 2017, progressing through the ranks and making a solitary appearance in the League Cup in 2020 before making the move to the Spotland Stadium that same season.

Since then, Grant has made 59 further professional appearances for The Dale, scoring five goals and adding a further four assists - making 38 appearances just last season.

Speaking of joining the Dons, Grant commented: "I’m delighted to be here and I can’t wait to get started."

"I spoke to Liam Sweeting and the Gaffer earlier in the Summer and I was very impressed by what they had to say. How the Gaffer wants to play and how the Club is run really suits me so hopefully I will fit right in."

Sporting Director Liam Sweeting said: "Conor is someone we have tracked for a while. He has attributes as an attacking midfielder that suit the way we play, and meeting him recently has shown he also has the character and determination to succeed with us."

"He is capable of building from deep, linking with players in attack and opening the door in terms of goal contributions."

He concluded: "After presenting our opportunity to him, it became clear we are an excellent match for each other and I look forward to watching the impact he will have with us this season and beyond."

Liam Manning added: "Conor is an exciting addition to the squad and a player we are looking forward to working with."

"He has a number of qualities, technically and physically, which we have seen from watching him regularly at Rochdale."

He continued: "He has shown good potential so far and it is now down to him, with the support of the staff, to unlock that promise and produce high-quality moments on a consistent basis."