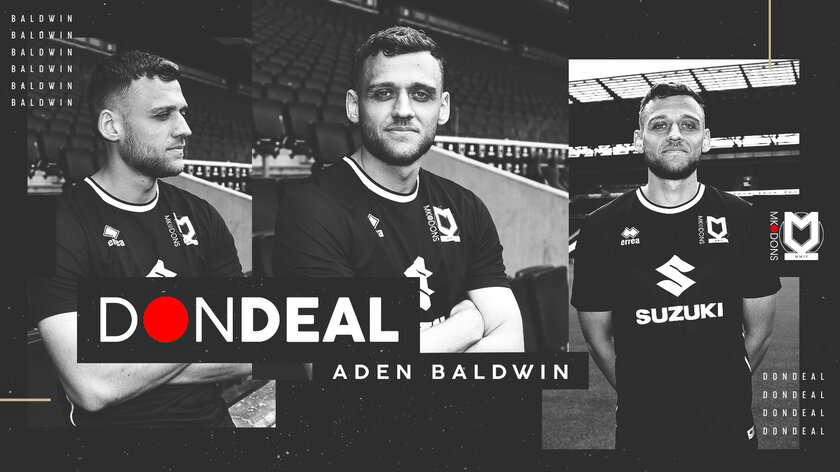 Milton Keynes Dons have announced the signing of defender Aden Baldwin ahead of their friendly match against King's Lynn Town.

The 24-year-old, who can play at either centre back or out on the right side of defence, joins the Dons on a free transfer after leaving Bristol City at the expiration of his contract last month.

The Englishman has been training with the Dons over the past couple of weeks, giving his new team's coaching staff plenty of time to observe and assess his fit - ultimately leading to his signing.

Speaking of his signing, Baldwin commented: "I’m really excited to be signing here. It’s good to get this done early doors, before the start of the season, and I can’t wait to get started for real."

"I had a spell training here two seasons ago but the Gaffer was happy for me to come back for this pre-season. I like to think I’ve been able to show the manager and the coaching staff what I’m able to do and I’m grateful to now be an MK Dons player."

He concluded: "I can’t wait to get going now. Hopefully I can get a full pre-season under my belt so I can be all guns blazing for the first game."

Baldwin's new manager, Russell Martin, added: "We’ve known of Aden for a while, with Luke (Williams) having worked with him before at Bristol City and having watched him a number of times."

"He came in this summer so we could see where he was at physically and we’ve been impressed with his athleticism but also his attitude and his desire – he’s taken on board what we’ve asked of him."

"He can play anywhere across the backline so provides us with another excellent option in defence. We’re excited about Aden and what he can achieve here."

Sporting Director Liam Sweeting also commented on the new signing: "Aden has proven since the start of pre-season that he is an excellent fit for the type of defender we need at MK Dons under Russ and our style of play."

"He is both aggressive and quick to defend the way we want but also capable on the ball to progress the attack. He is also a very focused and determined character, so we look forward to working with him here and achieving success together."